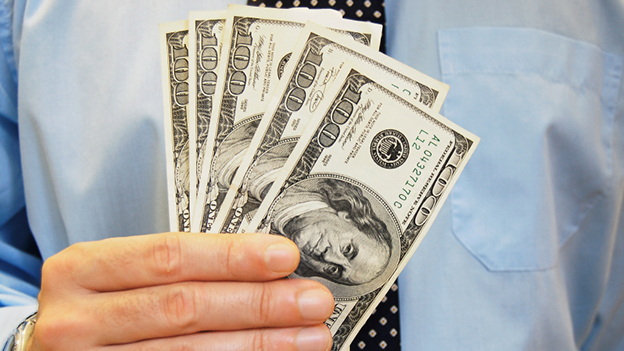 We sat down with Ray Rawlins, commission programmer of more than 40 years, to get his insights about binary plans. How do they work? What variations have been seen in the industry? What bonuses are they often supplemented with? How are they programmed? Let’s find out!

In multilevel marketing, a binary plan allows you to have only two distributors in the first level. In other words, you can have only two children in the organization’s genealogy. So, only the first two people you sponsor are placed directly under you. So you have a left leg and a right leg. As you sponsor more people, they have to be put in one of those legs, somewhere down the tree. You build those legs and you’re typically paid on the weak-side volume.

Binaries pay all the way to the top of the tree, as opposed to other plan types which pay a specific number of levels. One of the concerns with a binary is the potential of paying more than a 100%, so, most binaries have a cap. So, you take the company volume in the period and you set a cap—that might be 30%, 40%, 50%, etc..

When I say I get 10% of the weak side volume, what that really means, from a programming perspective, is that I get 10% of the points. I get a 10% of 10,000. I get 1000 points. We take all of the points that everybody earns, add them together and then we take the company’s total volume, say a million dollars, and multiply that by the 30% cap and that number is the maximum amount you are going to pay out across the company. So you take that value divided by the total number of points and then you multiply that by the point value of the individual distributor to actually get that distributor’s earnings. So it will never pay more than 30%, if you are doing that kind of a cap.

We have seen a mutant of Binary called the multinary where you can have up to 15 legs. What they do is you have one strong leg and then you’re paid a percentage on every one of your weak legs. And again it goes all the way to the top of the tree. You take the strong leg and then you pay 10% (or whatever percentage the company chooses) on each of the weak legs and you flush everything for the amount you paid. And they have a cap that you can never get paid more than a certain amount on each leg. So they are doing a cap based upon a fixed amount of volume per pay leg.

Then on top of that, a lot of binaries do a unilevel based up on the enroller tree, so that not everything is forced to go through two children. So you build a separate tree based up on who I enrolled and there I can enroll as many people as I want. And then you do a standard unilevel.

And then we have seen an infinity done on top of that, as well.

With our software we can set up three different trees. We can do a binary tree, which can have multiple centers (which is another feature of Binaries) where I appear in the tree more than once. A lot of binaries let me do three centers. So what happens is my center 1 is here and my two children are my center 2 and center 3. And then, I build the binary structure under my clones of myself. But I only occur in the distributor master once, so I only occur in the sponsor tree once and in the enroller tree once. We actually have a client who did a Binary and somebody bought over a thousand centers, turned out that they were really illegal and surely thereafter they got shut down.

So, we have an enroller tree which means, when you think about the structure of a multi-level, it is like a genealogy tree. So your parents are here, children are across here and grandchildren down here and so forth—all linked together. Now, in some plans, the enroller and the sponsor are the same. They do not allow me to place somebody. In other plans, when I enroll somebody, I am allowed to put them under somebody else. So my enroller is me. So when I sponsor somebody, their enroller is me. But I may have placed them under somebody down in my downline. We have seen people placing somebody outside their downline, which makes no sense to me because I’m a programmer.

So there are potentially three trees that we keep track of in a binary: the multi-centered tree (to do the binary), the enroller tree and the sponsor tree. And you can pay commissions to any one or all of those trees.

All Articles, How to Compensate Distributors in Direct Sales, MLM 101—Your MLM Business Plan, Understanding Compensation Plans for MLM

Tina Rawlins is a highly respected and experienced eMarketing strategist....