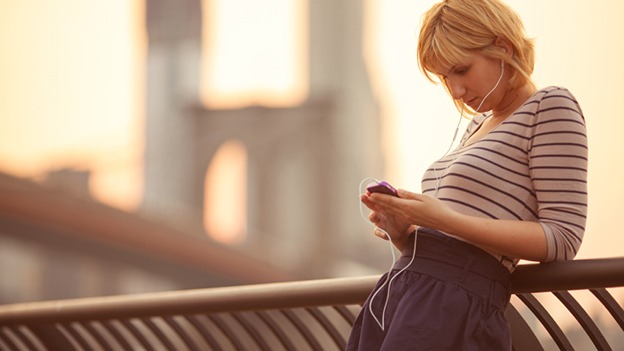 According to the U.S. Department of Justice’s National Crime Victimization Survey (NCVS), someone is sexually assaulted in America every two minutes. For today’s portion of our Life Changing Communication week here at MLM.com, we’re featuring an article based on our recent interview with three executives from Damsel in Defense, a party plan company marketing personal self-defense items to women throughout the United States.

Bethany Hughes and Mindy Lin met in a mom’s group in Idaho in 2011. With Hughes’s business sense and Lin’s creativity, the two were a great balance when they decided to start a company designed specifically to promote products that would also empower women to protect themselves against crime.

They began developing marketing material, content, and product theme, and they were off and running. They started promoting locally in Idaho and got a great response, but there were many who said Idaho was too safe to need such things, and for each woman who resisted, there were more who shared their own stories and thanked the pair for their products. The echoes of that gratitude motivated the two to persevere in their mission to help women protect themselves. That inspiration and a strong core of faith have been a driving force in the company’s rapid success.

“We determined that any options God gave us were going to be a blessing from Him and that we were always going to allow Him to direct our path,” said Lin. “What started off as a venture to pay off debt turned into something so much greater when we started to see how much it could impact women’s lives.”

Hipple said the pair is not alone in their motivation or their faith.

“We are a mission-based company that seeks to Equip, Empower and Educate women. As a result many of our national representatives are survivors and take this mission very personally.” he said.

That drive led to rapid success and recognition from the media. Lin said she, Hughes, and their team were surprised by the media attention they’ve received.

Lin said the hard work of the company’s National Team attracted the attention from major media outlets like The Today Show and Fox News. Their inexperience in the industry had Lin and Hughes apprehensive about pursuing such opportunities in the beginning. However, faith in God helped confirm they were moving in the right direction. Their hard work and dedication has helped the debt-free company grow without any reliance on loans as a source of profit.

The decision to go with a party plan model was inspired by the comfort level of their target market.

“Bethany and I really felt strongly about this business model because often women are naturally intimidated by things that men aren’t: guns, knives, and stun guns, things like that. We asked ourselves, ‘Where is a woman most comfortable? In her living room, with her friends.’ We wanted people to feel comfortable handling these products and learning to use them. We are also contacted by companies who want employees to be able to protect themselves inside and outside the business setting. So there are many platforms used to present the products besides home parties,” she said.

Lin and Hughes have chosen to focus on promoting their personal safety mission and have found their passion alone attracts people to their business.

“It’s mission first and the rest will follow. That thinking is reflected in our organic growth, as well. We’re not seasoned sales people. We were stay at home moms who felt strongly about safety and protection. As a result of that, people just started coming. We didn’t recruit, we didn’t advertise,” she said.

Hipple said the husbands of the co-founding pair are now also involved with the company.

”Mindy’s husband, Jimmy, is the CFO, he’s a CPA by trade, and Chris, who is Bethany’s husband, does all of our purchasing and negotiation with our vendors. Mindy is over all the marketing, and Bethany is our HR and keeps all the other pieces in here going. It really is a great balance between the husbands and wives,” he said.

Lin said above all, God deserves the credit for their success.

“We really truly felt whatever business God brought our way, we wanted to be able to give back. We know our success is a blessing and we always want to give Him the glory.”