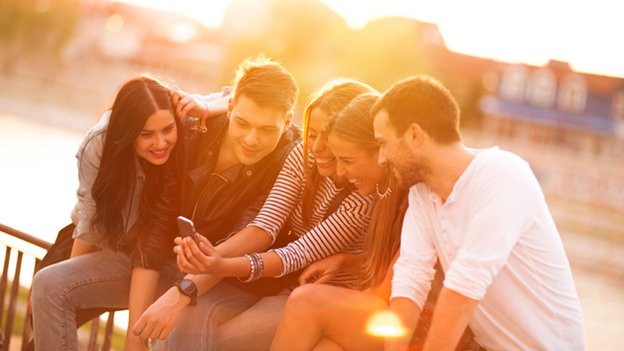 “Excuse me. I have to take this call.” In our weekly MLM.com meeting, I asked what the group thought about answering a call during a meeting. A heated debate followed. I know that I am old and maybe even old fashioned. However, I do not take phone calls during meetings. In fact, I try not to take my phone with me to meetings at all. Most of you have an opinion on when and how people should use personal technology in meetings. In attempting to answer the question of what makes for an effective meeting, I asked how personal technologies such as cell phones or computers influence the effectiveness of meetings. What could be the harm of attending to our personal technologies during meetings? Research identifies two main problems. The first is being seen as rude or inconsiderate, and the second is diminishing your ability to listen.

Robert Hopper opens his book Telephone Conversation by describing the power the phone has over our lives. One of my favorite quotes is “Whenever the telephone rings, we stop whatever we were doing and scramble toward the promise of conversation. Money, power, or pleasure may move us, but we do not run into our offices after them” (p. 3). I know that this example dates me because most of us don’t have to run anywhere to get to the phone. However, the principle of the high priority of the phone (text or call) seems to be a potential problem in our society.

Perhaps the greater problem comes when technology impedes our ability to listen. Educators continue to discuss the perceived problem of listening and use of personal technologies in the classroom. Kuznekoff and Titswork (2013) found that students who were distracted by text messages were able to pick out the answers to multiple choice questions, however, they could not answer an open ended question.

The question remains, how does cell phone distraction influence the business world? Despite the thousands of studies which point to negative effects of cell phone texting on listening and memory, few researchers consider it in the business meeting context. However, one study found that text messaging reduced output in a manufacturing setting (Donya & Afari-Kumah, 2011). This finding appears to be similar to the “time theft” idea that other studies report. Research has identified that interruptions in the medical setting can lead to disastrous outcomes.

Overall, the two areas of concern, perception of rudeness and ability to do your work, continue to be seen as a problem. The question on perception of inappropriateness or rudeness of cell phone use does seem to be seen as a disrupter to effective formal and informal meetings. Research indicates that cell phone use, either by calling or by texting or browsing the internet, interrupts our ability to focus on complex information and make good decisions. For me the lesson to learn here is that cell phone use may create effective meetings.