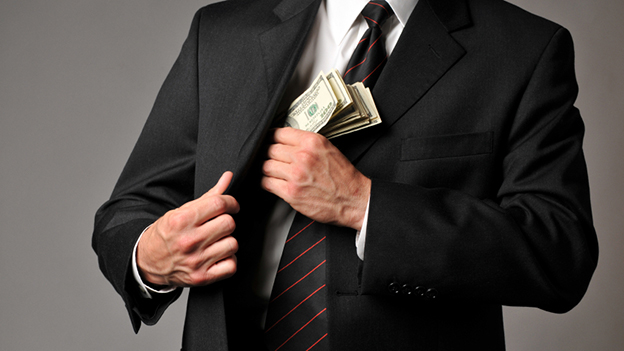 Rob Robson is one of those success stories one likes to read: grows up in a working-class household, gets in a little trouble as a teen then meets the right mentor and soars in the network marketing industry. Here is Rob spinning his own “Robson to Riches” yarn:

My parents owned a restaurant and dinner theater, and I learned from them that owning a business doesn’t always mean freedom. Mom and Dad always worked 80 or 90 hours a week and supervised 40 employees. I was pretty sure I didn’t want that kind of job; like many high school and college kids, I wasn’t sure what I did want to do.

When I was 15 years old a guy pulled up to our house in a Ferrari, sat down with my parents, and talked to them about network marketing. He left my parents with 12 audio cassettes—our whole family sat around the living room and listened to all 12 that weekend. I had never heard anything like it—the description of lifestyle and freedom and changing people’s lives. From that time forward that was all I wanted to do.

My parents got started in the profession; they started building very quickly and got to a level of making $2,000 to $4,000 a month within their first year. I thought, ‘man, we’re definitely going to be multi-millionaires,’ but five years later they were pretty much the same size. We just couldn’t seem to find a way to get past the the attrition of people quitting just as fast as they were joining.

From when I was about 16 until I was almost 21 years old, I got into a lot of trouble. I was very rebellious, got involved with the wrong crowd, and developed some destructive habits. When I was 21, I finally moved back home—really trying to change my life.

At that point my self-esteem was so damaged, I really didn’t feel like I could ever have the success that I had dreamed about—I had just screwed up too badly. It was at that point I was really blessed, and my parents introduced me to the man who would become my first mentor—someone I knew very well. This guy made several million dollars a year in network marketing and he was kind enough to agree to mentor a 21-year-old kid.

He told me, “Rob, I’ll coach you on how to change your life if you listen to everything I tell you to do.” I said, “I’ll do it, whatever it takes!”

For six months he had me on a media fast: no TV, no newspaper, no movies. He told me, you have to close your mind tightly to all negativity. You’ve got to reboot your whole mainframe because it’s been polluted with viruses.

In order to install the “new programming” he had in mind, he had me purchase hundreds of cassette tapes. I had a little Sony Walkman on my hip and I worked a job in car sales about 70 hours a week. I would just have an earphone in one ear as I walked the lot and would listen to five to ten hours a day of success training, leadership education, philosophy, economics and people skills. And I started reading for the first time—I’d never read books in my life—including books like, Think and Grow Rich, The Magic of Thinking Big, Personality Plus, and How I Raised Myself from Failure to Success in Selling.

I started walking through this new library of philosophy and information which was changing the way I was thinking. Within 30 days of taking in this new material, I started to build my business. Over the next month I showed 30 presentations to people—pretty much everybody I knew.

And every single person said “no.” One hundred percent “no’s.”

The next month I showed 30 more presentations. This was a huge deal for me, just to show a presentation: just to pick up the phone to cold call scared me to death. However, I was driven with this new accountability process I had learned from a mentor; a mentor who I could tell cared for me, who had my best interests in mind and knew what he was talking about.

During the second month I was meeting people at Circle K or wherever else—I’d made a commitment that I would never let my head hit the pillow before showing a business plan to somebody.

I persisted, and I must admit I was totally broke, spending money I didn’t have. I put $3,000 on a credit card to buy extra tools during that time. Yet, because I persisted, things started to turn around—very slowly.

During that period I sponsored one guy and, through his list, was able to sponsor his girlfriend. Then, hey, their lists were my lists! That was my secret: when I ran out of names, their lists became my new names. I made calls with them and for them off their lists and got a couple more people. After 60 days of showing 60 presentations, I had four people on my team and I was so fired up. I’d go to the meetings and I’d be thinking, “I got half a row, look at that, that’s my row!”

Even though I continued to get so many noes, I knew that if you plant, you will reap. I could see that those who decided to make this into a profession sponsored a lot of people, and I knew that if I kept persisting—kept doing what I was doing—I would get good at it.

Soon thereafter I wasn’t rich, but I was making about three grand a month with a team of a little over 100 people.

On December 31st of 2000, I walked into my boss’s office and we had this conversation:

“Bob, you know the business that I told you about? That, you know, you laughed at and said I was stupid?”

“In fact, it’s worked so well it’s no longer financially feasible for me to show up to work anymore and I’m gonna have to let you go, Bob.”

New Life as an Entrepreneur

At that point I was 21 years old and I went full time as an entrepreneur. I didn’t retire and sit beside a pool. I started working the business 60, sometimes 70 hours a week. I started hitting it like it was my full-time job, plus some.

The following year I met my wife (Kenyon) at a meeting I was speaking at and used my newly developed persuasion powers to get her to marry me just 6 months later!  Over the next several years we got to a six figure income (working together as a team), and we started to speak all across the world–teaching people how they could change their lives as we had done.

It’s been 13 years in this profession now. We’ve been able to see so many places, we’ve been able to have some phenomenal toys and go on so many great vacations. The biggest thing is we get to home school our kids, and my wife and I get to be full-time parents. We get to have our priorities straight.

Prior to this if somebody would have asked me what my priorities were, I would have said: faith first, family second, and money way down below. If you looked at my calendar however, you would see that I worked 70, sometimes 80 hours a week for money and that I spent very little time on faith and family. Now we’ve been able to really shift and live our priorities instead of our obligations.

I get to tell this story every day—if you’re new in this profession, what I want you to remember is this: you are creating the story that you get to tell people the rest of your life.

Advice for Newcomers to Network Marketing

My mentors Orin Woodward and Chris Brady taught me a long time ago there’s a success pattern that everybody who has ever succeeded in anything follows. It starts with “define, learn, do.”

Define what you really want your life to be like. This has to be very specific and you have to have so much emotion and drive that you’re not willing to settle for less. It doesn’t matter how long it takes, how many noes you get: it doesn’t matter.  Think: “I’ve decided that I’m going to raise my standards. I have a picture of success that my life’s going to be about and I’m going to be about it until I get it.” That defined dream will give you the hunger to catapult you to do what you need to do to get it.

The next step is to learn. This is really about finding a mentor; finding somebody who already has the success you’re looking for and who’s willing to guide you and teach you. So many people in network marketing make the mistake of focusing on companies or products or compensation plans.  The key is following the leaders.

Don’t follow a company. Companies can screw up, products can change and comp plans can change. None of that is the key. The key is building a community. That community starts with who are you following, and you’ve got to follow somebody who is worthy. You really have to interview and find a mentor who’s worthy to be followed, who has the success you’re looking for, and is willing to give you the time to coach you along.

I remember when I first heard about the importance of mentors and I thought, “Is that kinda like a boss?” My associates said no, that’s a tormentor – different than a mentor. A mentor is somebody who has your success in mind.

The last element: you must be able to do the work. It’s not easy when you have a full-time job while trying to build a network. This profession is not designed for you to quit your regular job and start network marketing. It’s designed to start part-time; but you have to build it using all the time left over outside your other job.

You should plan to put in 15 to 20 hours a week consistently. I’ve never coached anybody who worked that schedule consistently for a couple of years who wasn’t either job-optional after a couple years or really close.

Plan, Do, Check and Adjust

The next layer—usually picked up during the learning phase – is using what we call the PDCA process. This is plan, do, check, adjust. Every month I have a plan for exactly what I’m going to accomplish when I coach people and work with my mentor. If you don’t have a plan every month, you’re not even trying. If you have not helped your team create a plan, don’t expect your team to grow.

Use the wisdom of a mentor to make adjustments, create a new plan, and if you do that—if you follow that simple PDCA process, plan, do, check, adjust—you’ll go from wherever you are now in skills (wherever you are now in being able to bring value to the marketplace) to someone who can be a successful leader of tens of thousands of people and do anything you want in the world with this profession.

Rob Robson has been happily married to his wife and business partner, Kenyon Robson for 11 years. Together they have 4 beautiful children and lead...