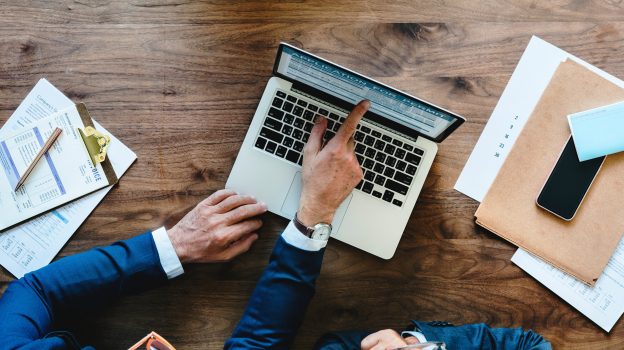 “It takes many good deeds to build a good reputation, and only one bad one to lose it.”—Benjamin Franklin

Online reputation has a massive impact on your bottom line, and for most established direct selling companies, it’s a problem. Over 80% of buyers research the company online before joining. Over 60% of those start their research on a search engine, not the company website, and nearly all of them will use a search engine at some point in the process. 88% of the DSN Global 100 have at least one negative search result on the first page of Google for a search for their company name. That means hundreds of thousands of people being turned away from direct selling because of what they see in the search engines. This is a challenge for the industry, not just individual companies.

I know we’d all like to think that the problem is the professional MLM haters, but the fact of the matter is, those aren’t the ones ranking in search engines, at least not for individual companies. The vast majority of the negative sites and reviews are from people who had a bad experience with the company (or whose spouses did).

As the saying goes, “An ounce of prevention is worth a pound of cure.” Cleaning up online reputation problems when they’re showing up in search engines can be slow and costly. The far more effective—and cost-effective—approach is to prevent those problems before they happen. You may not be able to eliminate the issue entirely, but every problem that’s dealt with before it shows up online is money in the bank.

Reputation isn’t a marketing function; it’s a corporate function. That means having all your executives on board with the idea that reputation is important system-wide, and that every department has a role to play. Create a corporate reputation plan. What is the role of each department? What are the key metrics that will impact reputation? How will you hold people accountable?

It starts at the top. The CEO has to be on board, particularly in how they communicate to the field and the general public. The CEO needs to be extremely well-versed in the boundaries regarding product claims, income claims, and other regulatory guidelines. They can’t just be the visionary and the cheerleader—they’re the primary spokesperson for the company and set the tone for the whole organization.

Focus on customer service, even (especially) when they’re leaving. The majority of negative reviews online about direct selling companies have to do with issues with returning product, getting a refund, or canceling their autoship or membership. Even when they have other complaints, this is almost always the trigger that sends people to their keyboards. You may feel inclined to stick closely to the letter of their contract, for fear of abuse which might lead to cash flow issues. But that approach is penny-wise and pound-foolish. The matter of a few dollars often makes the difference between someone telling friends when asked simply, “It wasn’t for me,” versus posting their experience online, where it will impact hundreds or even thousands of future prospects. It can make the difference between a 1-star review and a 3-star review. Make it easy on people—it’s a better pay-off in the long run.

Commit to compliance. The other major cause of online complaints is claims made by distributors. While these might not be as high in number as the customer service issues, they are often longer and more detailed, e.g., the disgruntled rep posts a negative Yelp review, but the active blogger who went to an opportunity meeting with a friend writes a post about it that gets dozens of comments and ends up ranking in the search engines. Or overzealous distributors spamming Facebook so much that links to your website and even your company name are blocked from posts. Relying on the tattletale method and a few Google searches is no longer sufficient—you must develop a proactive approach to monitoring your field’s online behavior.

Maintain multiple social media channels. Your social media channels are the best sites to rank for your name. If you have your main corporate site, your field’s replicated sites on a different domain, Facebook, LinkedIn, Twitter, Pinterest, YouTube, Instagram, and a couple of positive reviews or press, that’s enough to fill the front page of a search engine. But that means those sites have to be actively maintained and promoted, and not with just cross-links or copy-paste content. Commit to understanding social media fully and creating a sustained ongoing presence.

Develop brand-building behavior. Train your field on how to properly interact with and share your social media. Rather than simply banning personal blogs, consider showing people how to use them correctly. Provide training on reviews and testimonials and encourage people to post them on sites like Glassdoor, Indeed, BBB and Google. There’s only so much you can do yourself or that an agency can do for you. The bulk of the power is in the hands of your field—they just need proper guidance.

Embrace your critics…to a point. Most of your online critics aren’t just haters—they’re customers who have had a problem that you haven’t solved. You can learn more from them than you can from the people who never say anything. Analyze the situation: what was your company’s part in it? How can you handle issues like that better in the future, or prevent them entirely? Think big picture. Again, the long-term effect of public negativity may be far greater than the short-term expense of simply making the customer happy. And once it’s online, it’s still not too late. You probably don’t want to add fuel to complaints on negative sites like Ripoff Report, but a timely, courteous response on sites like Yelp will help mitigate the effect of the negative reviews. You have to monitor them regularly so that those responses can be timely—making a comment weeks or months later doesn’t help.

A certain amount of online negativity comes with the territory for any business, and especially in direct selling. By recognizing that some of it is justified, not just the ranting of people who will never be satisfied, you can improve your business and prevent much of it before it ever happens. You can also build up a strong positive reputation as a buffer against future negativity, and that’s far more effective and less costly than trying to clean things up after the fact.