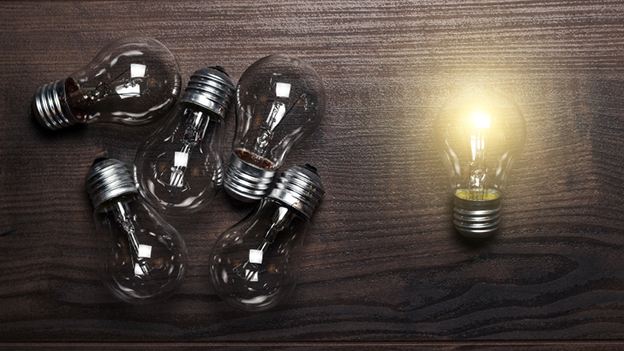 Did you make New Year’s resolutions this year? How did you do with last year’s? Are you among the 8% who successfully achieved them? Or the 92% who didn’t? 92% of people fail at this simple act of goal-setting! (That kind of puts MLM income statistics into perspective, doesn’t it?)

So it’s no surprise that, while 88% of people have made New Year’s resolutions in the past, only 45% still do. That means that about half of the people who set those goals not only give up on the goals themselves, but on the whole thing.

Why? Because it doesn’t work for most people. In fact, you kind of have to wonder about all those people who keep doing it even when it isn’t working, expecting different results the next year. Isn’t that the definition of insanity?

Maybe the problem really isn’t the people, but the process itself.

We’ve been taught since childhood that setting and achieving goals is the path to success. And while that is one way to get there, if you look at the lives of successful people, it turns out that a lot of them got there another way.

The downside of goal setting

Goal-setting is great, when it works, but potentially counter-productive when it doesn’t. And even when it does work, there are some potentially negative side effects. In their 2009 paper, Goals Gone Wild, a group of Harvard psychology researchers argue that “the beneficial effects of goal setting have been overstated and that systematic harm caused by goal setting has been largely ignored.”

Some of the negative effects of goal-setting include:

In 1969, faced with growing competition from low-cost, high-mileage foreign imports, Ford executive Lee Iacocca set a goal for Ford to design a new car that weighed under 2,000 pounds and sold for under $2,000, and it would be available for sale in 2 years. They succeeded. That car was the Ford Pinto. Thanks to a gas tank placed 10 inches behind the rear axle, they frequently exploded into deadly fireballs as a result of simple fender-benders.

While the consequences of short-term thinking in your life may not be as deadly or as expensive, they may be just as real—crash dieting, taking on excessive debt in order to start a business or make a major purchase, or sacrificing time with your family to meet a specific financial goal. Hyper-focus on a specific goal can cause you to lose sight of other things that really matter.

Louis Pasteur once said, “Chance only favors the mind which is prepared.” Serendipity may not be a reliable path to success, but it has been a factor for many successful people, and it will never be one for you if you’re not open to it. That doesn’t mean chasing after every shiny object that catches your attention, but it does mean at least taking the time to consider and assess opportunities as they arise, even if they aren’t in line with your current goal. Don’t become so attached to your goal that you completely miss something better when it presents itself.

The cycle of failure

They say success breeds success, so it’s no surprise that failure breeds failure. The fact is, no matter how motivated you are, no matter how competent you are, you may fail to meet your goals. It’s not your fault—stuff happens. You may have set unrealistic goals in the first place, or simply underestimated the time it takes to complete the goal. Maybe the market crashed, or your car did. Maybe someone else’s goals were in conflict with yours, and they won.

It’s not a matter of if you’re going to fail, but when. And every time it happens, you feel bad about yourself. You become fearful of failing the next time, and increasingly unmotivated—a downward spiral that becomes harder and harder to break free from.

Can you imagine a life without goals? It doesn’t mean becoming a wandering bohemian or a couch potato slacker. It simply means finding your motivation and measuring your success by a different standard than specific outcomes within specific timeframes.

How do you do that and still make progress?

Focus on themes, not specific outcomes

Do you really want to lose a certain number of pounds? Or do you actually want to feel—and be—healthy and active? Do you want to make six figures and be debt free? Or do you want to feel financially secure while enjoying the lifestyle you want? Goals are rarely the actual end we want—they’re a milestone along the way that we think will help us get there. But as we’ve already seen, they often don’t.

Instead of setting New Year’s resolutions, try setting themes for the year—areas of focus, like health, finances, organization, or family. This then becomes a simple check every time you have a decision to make: does this make me healthier, wealthier, more organized, or closer to my family? If so, great; if not, don’t do it. That’s a much simpler guide day-to-day and moment to moment, and you’ll find opportunities along the way you might be closed to if you have the tunnel vision of a single goal. Use a compass, not a map. 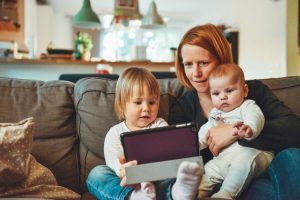 Focus on habits, not deadlines

Right actions produce right results. Does it really matter when?

There are plenty of guides available on how to build good habits. In a few recent MLM.com articles, Jana Bangerter wrote about B.J. Fogg’s approach, and the free habit formation app Habitica. They all have a few things in common:

If you focus on habits, rather than deadlines, you’ve never really failed—you just haven’t reached the end of your journey. And, of course, you never really do, because even when you’ve reached that milestone, the good habit is still there.

One of the risks of goal-setting is the tendency to measure our success—even our happiness—by those milestones: a new job, a raise, a new house, a new car. Everything in between becomes a struggle, a sacrifice—paying your dues. Your life becomes a recurring cycle of the occasional “Woohoo!” sprinkled among days, weeks, and months of “I’ll be happy when…”

Take inventory of your life—things, people, health, skills—and be thankful for what you have. Keep moving forward in your areas of focus, but be aware and open to other opportunities that present themselves along the way. What matters is that you keep moving in the right direction, not when you get there. The world will impose enough deadlines on you—no need to add more stress by artificially imposing your own. Find your own path to success, and enjoy the journey. 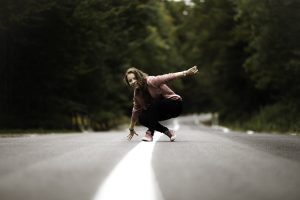 All Articles, MLM Leadership and People, Personal Development for Entrepreneurs