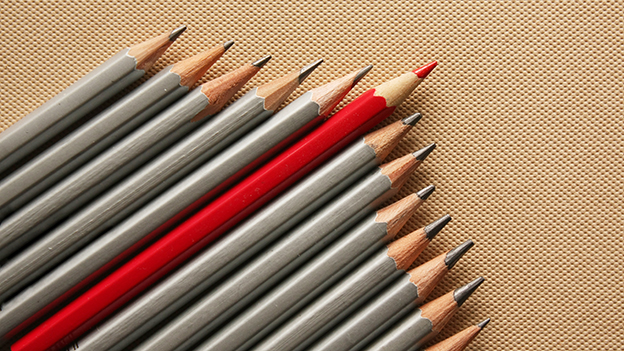 Every time a direct seller has an issue with the Federal Trade Commission, critics of the industry are quick to jump on it, hailing it as a step in the right direction towards shutting down multi-level marketing completely. They’ll say that it is finally being shown as the unsustainable business practice that it is—that they’re all just product-based pyramid schemes in disguise.

Yet, time and time again, the industry adapts and survives.

This is how innovation works. New constraints push us to find new answers. It is through cases like FTC versus Vemma that we figure out where the boundaries are. The direct selling industry is a hotbed of innovation—in business models as well as products—precisely because of the critics. Outside the industry it’s easy to look at these cases and see evidence of exploitation and infraction, but many of the companies which find themselves on the wrong side of the law, didn’t know they would because the law didn’t exist before the court stepped in.

Amway has dealt with several court cases, the most notable being the 1979 FTC ruling and the 2010 class action settlement. In both cases, there was no finding of intentional wrongdoing, but each resulted in changes to Amway’s business practices and set precedents for the rest of the industry, including the 70% rule and 90% buyback requirement.

BurnLounge wasn’t a criminal enterprise when it opened its doors. In the wake of the collapse of Napster and other free peer-to-peer sharing, it was an attempt to bring paid music to the public via the power of social connections. There’s no doubt that they created a compensation plan that heavily incentivized participants to purchase a premium package, on which substantial commissions were paid. Was that “illegal”? Not at the time they created it. Their case established the precedent for others to later follow.

The founders of Zeek Rewards didn’t set out to defraud anyone. Online penny auctions were a hot new business model in 2009. Everyone was hopping on board— consumers willing to gamble for great deals and businesses wanting to meet that demand. But by mid-2011, over 150 penny auction sites had come and gone, many without delivering won merchandise or returning bids when they closed, and the FTC had their eye on the model. Zeek continued, because people were making money and getting deals. But a series of unfortunate events, combined with regulatory scrutiny, brought Zeek directly into the line of fire.

The SEC paints their version of the picture with words like “fraudulent” and “lured” and “classic Ponzi scheme”. We don’t get to hear the other side of the story, because the defendants of these cases are under court orders, as well as the advice of their attorneys, to keep quiet. Behind closed doors and off the record, there was never any intent to defraud anyone—they were just riding the wave of success and managing the best they could while running at breakneck speed through uncharted territory. They had lawyers (several), they hired compliance experts, but no one really knew for sure what the government’s position would be. Yes, they took the risky path, perhaps against the advice of those experts, but there was no deliberate intent to break the law—period.

Combine a new business practice with the government’s already shaky position on direct selling, you’ll draw additional scrutiny. Compound that with the omnipresent MLM critics and the highly charged language the government uses in its press releases, and it’s understandable why the industry has a reputation problem.

But let’s put this in perspective.

In 1998, the U.S. Department of Justice and the attorney generals of 20 states accused Microsoft Corporation of being an abusive monopoly. At the heart of the issue was Microsoft’s practice of bundling Internet Explorer with the Windows operating system. The DOJ argued that this created an unfair competitive advantage over other web browsers, such as Netscape Navigator, which at the time had to be downloaded over a slow modem or purchased at a store. Microsoft argued that bundling the software was the result of innovation and competition, and that it ultimately benefited the user, since the browser was free.

There was no precedent for this. Sure, there were antitrust laws, but the matter of how to apply it in this particular case was unclear because no case like it had come up before. So it got worked out in court.

More recently, the FTC sued Wyndham Hotels for failing to employ adequate safeguards to protect customer data. Although most of the issues covered by the lawsuit are not specifically mandated by legislation, the court (so far) has ruled that Wyndham “unreasonably and unnecessarily exposed consumers’ personal data to unauthorized access and theft.” Wyndam’s engineers and lawyers obviously disagree. Also at question is whether the FTC has enforcement authority in this domain, and again, the court has so far ruled that it does.

Again, there are laws, but they don’t spell out exactly what security measures a company should be taking, or that the FTC has authority to set those standards and enforce them.

As consumers, we need to understand this process and recognize that regulatory action and legal action against direct sellers doesn’t mean there’s anything wrong with the industry. Cases like these affect all industries and shape them as they evolve. Sure, there are a few bad eggs in the MLM industry, but most of the time, this is simply a matter of figuring out exactly where the lines are going to be drawn.

The FTC and other regulators also need to understand this, and assume a cooperative, rather than adversarial, stance with direct sellers. With the exception of clear, deliberate fraud, why would the goal ever be to actually shut down a company? Why not work with them to modify their business practices? Why not work with the industry to more clearly define best practices and guidelines? Direct selling contributes over $100 billion to the global economy. Protect consumers by helping them take advantage of it, not by shutting it down.