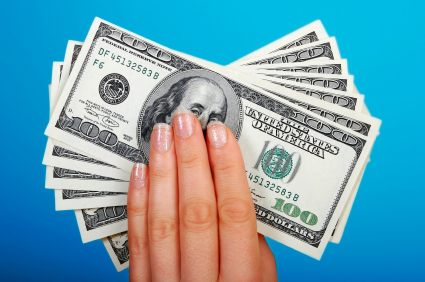 People join MLM companies for a variety of reasons and purchasing the product at a discount is one reason. Mark Rawlins, founder of InfoTrax Systems, has studied compensation pay outs for over 30 years. In his book From Commission Plan to Compensation Strategy, Rawlins suggests that there are five types of distributors, (a) consumers, (b) social enrollers, (c) sales people, (d) sales leaders, and (e) dream builders (Rawlins, M., 2008). The bulk of those that join any MLM or direct selling company do so for the discount on the product. These distributors never sign up distributors and receive small (if any) compensation rewards. This number is often as high as 70% of those who sign a distributor form. The second most common type of distributor is the social enroller. These people love the product and the company and love to share, however, they are not interested in building a business. The number who sign up to make a steady income is a small percent. This does not mean that there is a problem with the company or the compensation plan.

In addition, 80% of direct sellers are women. Many of the products sold by direct sales or MLM companies are targeted at women. Now, I am the last person to be caught saying that women are not cut out for business. The point I am making here is that women have chosen direct selling for a variety of reasons and internal consumption is obviously one of those reasons. We have great articles on MLM.com that refer to the way women shop and sell (check out What do women want? and What women want. What are the Facts?)

The second area that Crittenden and Albaum cover is inventory loading. Here at MLM.com we have discussed inventory loading in other articles Vemma and the Burn Lounge Case. The big question in internal consumption is: Is there an end consumer that actually uses a product? Prior case law seems to indicate if there is a person who actually uses a product (in the Vemma case, the energy drink Verve) and it is not being purchased just to qualify to be part of the compensation, then that purchase is not inventory loading.

The final point of Crittenden and Albaum’s article is five studies of internal consumption. They start off with a sample of 40 national retailers in two southwestern United States cities. In City A, 37 offered employee discounts and in City B 28 offered discounts.

In conclusion, the research by Crittenden and Albaum shows that employee discounts are pervasive in many retail sales markets. The interesting finding was that many did not see the employee discount as a motive for joining. Those who join direct selling seem to do so for the discount. This finding suggests that the discount is not a primary motivator in other industries. This finding deserves further investigation. Is the internal consumption that occurs in direct selling/ MLM different from other industries? Whatever the answer to that question, the point is that internal consumption is not unique to direct selling/MLM. An entire industry should not be punished or derided based on legitimate personal consumption of a product.

Rawlins, M. L. (2008). Understanding Multi-Level Commissions and Their Role in a Successful Company.

All Articles, FTC vs. Vemma, MLM Scams and Legal News