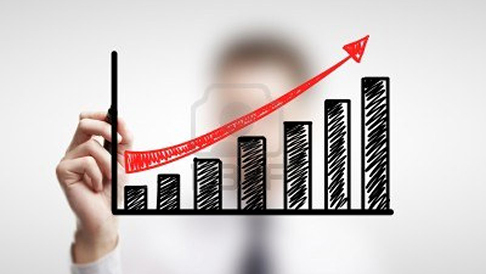 In the past couple of years several prominent direct sales companies have closed their doors, despite having pre-established brand equity and strong financial support from a successful corporate parent company.

In the past couple of years several prominent direct sales companies have closed their doors, despite having pre-established brand equity and strong financial support from a successful corporate parent company. So why did these companies fail in direct sales when the parent company had been successful before in retail or the wholesale markets? Experience teaches us that a number of variables affect the success or failure of a direct sales company. Some of these are recruiting, retention, productivity of the distributors, product appeal, ease of doing business, culture of the company and many other factors. One additional factor is: “The Quest for Rapid Growth.”

What is rapid growth as it relates to this concept?

It can be defined differently for each individual but generally it is when a company goes from zero to thousands of distributors the first year and tens of millions of dollars in sales the first year or two. This has happened to some companies but most do not grow like this in the first 1-2 years.

When talking to companies or individuals who are considering starting a direct sales company many of them are intrigued by the seemingly rapid growth and profitability of some direct sales companies. Their conclusion is that direct sales is an easier and quicker channel to move their products. They feel that “if they build it” thousands of distributors will come quickly. This quest for rapid growth can sometimes create a culture of impatience and aggressive recruiting and sales tactics. This can give rise to financial business plans that might overstate the early potential of the business model.

A prime example of this was a 50 year old family run business in California that had carved out a large niche of the market place in their product line. Before entering the direct sales channel their annual revenues were about $57 million a year. Many Americans had at least one of their products in their homes.

They made a strategic decision to expand their products and use a party plan model for distribution. Like most companies they did all of the sales and recruiting projections. All of the experts told them they would have thousands of new consultants in the first year and would be a major competitor to the existing direct sales companies who sold similar products.

With all of the spreadsheets to backup their decisions they started integrating direct sales software into their current manufacturing and shipping systems. Created a compensation plan, did test markets and created a highly publicized launch.

Based on their customer base and previous success they expected that thousands of ladies would signup.

They had invested $5 million and only recruited 240 ladies. This equated to $20,000 per new recruit.

They felt the investment was too big and the growth too small to continue. Executives were fired and all 240 new consultants were told their new direct sales business was closed.

The shame of it was they had a great product line and had 240 committed consultants in the first year. But impatience for faster growth did not allow them to keep running until larger growth could become a reality. This story unfortunately is too common in direct sales.

Sometimes direct sales companies experience exponential growth early. But most do not. It normally takes a few years to see the multiplication factor work.

Slower organic growth is more the norm. Organic growth is merely when a company grows from the first person recruited to the next. Sales are made through the distributors to customers and other distributors. No deals are made to bring over large leaders from other direct sales companies. Basically the company naturally grows through recruiting and sales but has a long-term expectation for growth.

Recruiting and sales are driven primarily by the distributors who have a passion for the products or service. They are willing to recruit and sell to their friends and personally prospect for new leads. The training is field leader lead and is enhanced with marketing materials and support from the home office.

Many times a direct sales company which has an organic growth perspective has a culture between the company and the field that says: “We might be small but we are building something great together.” “We are in it for the long haul.”

Who doesn’t want their new business to grow fast? The alternative is slow growth. And that is no fun. Especially for those who invested in it.

There are challenges with early rapid growth:

A case for organic growth

Let’s put together a 5-Year financial plan. Assumptions about revenue and expenses will vary by company. We will use a party plan company for the example.

With these assumptions here is the growth rate over five years. All numbers are at the end of the year:

Let’s calculate the revenues at the end of five years with 20,000 consultants with only 55% doing one party per month.

If we are 50% wrong on the estimates then that gives you a $30 million/year business in just five years. It was not fast in the beginning but the end results are strong. Some real-life direct sales company examples (numbers are best estimates):

In 1999 Tastefully Simple had 350 consultants after being in business for five years. Five years later they had 20,000 consultants and were doing $120 million/year.

You can build it fast or slow. But even slow at first when done correctly can produce a enormously successful direct sales company. Give your business time to grow. Just look at what the two examples above did. Remember we are Stewards of Peoples Dreams. Help your distributors and consultants realize their dreams too. All great businesses take time to grow.

All Articles, How to Run a Direct Sales Company