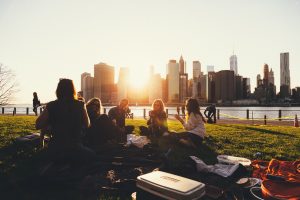 International expansion used to be a term reserved solely for corporate companies. As social networking increases and populations shift, persuasion and influence often cross cultural boundaries even before a company officially establishes a presence there. As a company or downline increases their international scope, understanding how culture influences the persuasion process is critical to success.

Culture creates a framework for how individuals come to understand who they are, how they should act in society, and what to value. Research on cultural differences explores a range of beliefs, such as individualism/collectivism, high/low power distance, uncertainty avoidance and masculinity/femininity (Hofsteade, 1980).

When talking about cultural difference, the most commonly researched difference is individualism versus collectivism (Aaker, & Maheswaran, 1997). Countries such as the United States, Australia and Canada rank at the top of the individualistic scale. Highly individualistic people see themselves as unique and self-determined. In contrast, collectivist cultures such as Hong Kong, Taiwan and Japan view the individual self as interdependent and connected with the group.

Orji (2016) analyzed individualistic and collectivist cultures and compared the six persuasion strategies from Caildini (2003) which includes reciprocity (you scratch my back, I’ll scratch yours), scarcity (in short supply), authority (those in power positions), commitment and consistency (shown to be in harmony with other behavior), liking (includes attractiveness and friendliness), and consensus or social proof (everyone is doing it). Both cultural orientations see all six strategies as persuasive with scores higher than neutral. Both cultures see commitment, reciprocity and liking as the most persuasive strategies out of the six. Collectivists reported higher levels of persuasiveness on authority, reciprocity, consensus and liking than individualistic people.

In general, this means that the six persuasive strategies that Caildini identified are persuasive in both individualistic and collectivist cultures. The research on persuasive focus, individual benefit as opposed to family and harmony, shows that cultures differ. In the end, Caildini’s categories provide a good foundation for setting out persuasive messages. In addition, when you cross cultural boundaries, you would benefit from considering the audience when you design your persuasive appeals.

Check out these other articles for information on the other persuasive strategies of liking, reciprocity, consistency, authority, and social proof.

Cialdini, R.B. (2003). The science of persuasion: Social psychology has determined the basic principles that govern getting to “yes”. Scientific American Mind, 14(1). 70-77.