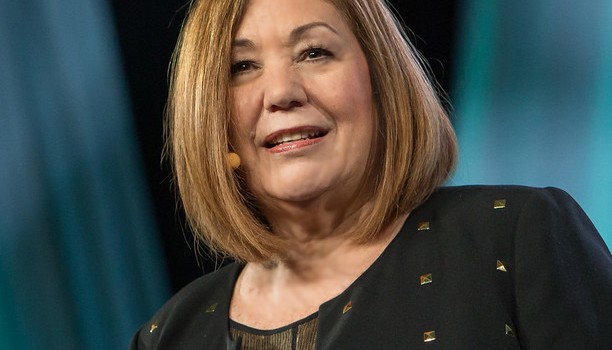 Article by: Nicki Keohohou | CEO and Co-Founder of the DSWA®

Sixteen years ago, when we started the DSWA, women made up about 50% of the industry’s sales force. Today we are closer to 75%, and we’ve actually been as high as 78% in the last couple years. Although the gender ratio in direct sales skews female more than other industries, it has not always been what you could call female-friendly. Over the last 16 years I’ve seen the gender disparity first hand.

I speak at a lot of conventions. Every week I’m at a convention someplace in the world—and when I go, I sit in that audience and participate in the entire convention. I want to watch. I want to see the trends. I want to hear what’s happening. I want to keep tabs on the industry culture. For years, 90% of the speakers at direct sales conventions—especially from the network marketing companies—were men.

When we started the Direct Selling World Alliance (DSWA), a woman came up to me and said, “Look at this ring.” She had this huge ring on her finger. She asked, “Would you wear this ring?” I said something like, “Well it’s kind of large. It’s beautiful. It just doesn’t seem to fit you very well.” And she said, “That’s because it’s a man’s ring. I was the first woman to ever make it to this position in our company, and they didn’t give me a woman’s ring. They sort of thought it was a fluke that a woman made it.”

A friend of hers was standing with us at the time, and she piped up: “Let me show you a picture. When we get to a certain level in our company, we get a jacket, look at this jacket.” She showed a picture of the jacket. The buttons were on the wrong side—it was a man’s jacket. Her company didn’t give her a woman’s jacket.

Car programs represent another way that companies have traditionally failed to be female friendly. When companies were giving out red sports cars with two doors, they weren’t attracting women. Well, if they’ve got kids, women need four doors. I think the industry has missed a lot of the nuances.

Except for the disparity in speakers, each of these examples revolves around material rewards. Companies focus too much on material rewards—the most powerful reasons people connect with companies are emotional. In each of these examples, that focus actually damaged distributors’ ability to feel connected to their companies. While there are other reasons women get into companies, a sense of community is one of the biggest. How can you feel like you’re a part of a community when they won’t even give you a gender-appropriate jacket?

Companies are figuring out that women have some special things that are important to them, and community is a key factor for a woman.

Nicki Keohohou, CEO and Co-founder of DSWA.org and The Coach Excellence Schools. Nicki is a 35 year veteran of the direct Selling profession and has been a top leader, corporate executive, consultant, trainer and industry specific coach.

All Articles, Women in Direct Sales

Nicki Keohohou | CEO and Co-Founder of the DSWA®

Nicki began her career as a distributor in the direct selling profession more than 35 years ago after leaving her teaching position. She built...