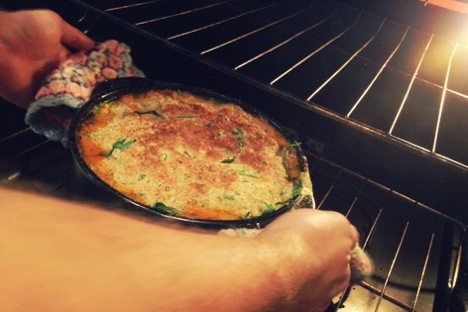 Cookware can be a pain to buy.  It’s hard to tell if you need the item you are considering, or if you are going to use it once and then never again.  One of the better solutions to this problem is to buy a few nice items that can be used in a lot of ways, including for recipes or techniques you use already.   The RockCrok Dutch oven is an example of that kind of item.  By itself, it can replace your current Dutch oven, a medium/large pot, a frying pan, round baking pans, large ramekins and probably more.  The RockCrok works on a stovetop, in the oven, in the microwave, and you can pop it in the dishwasher when you’re done. In other words, you can cook a meal, refrigerate it, and then reheat it all in the same crock. So if you are downsizing, or new to the cooking game, this is a pan you want to look into.  Get one of these and a smaller one from the same line and you could easily be ready to feed a family of five for Sunday dinner.

Aside from utility, it has another rare feature among cookware: it’s easy to clean. This is largely because it’s made of seasoned clay, which is about as nonstick as you can get without Teflon on your pot, and its dishwasher safe.  The clay also distributes the heat evenly, whether in the oven or on the stove, so food doesn’t often burn to the bottom.  The other factor here is that the edges and bottom of the pan are sloped, so you can get in there with your favorite cleaning tool without any problems.  No more food trapped in the corners of your pot. It’s a very slick design.

There is an aspect of the shape that bothers me though. The handles don’t have a gap.  When you grab this pot it really feels like it is for 10-year old tiny hands, and despite the fact that the pot itself is lighter than a Dutch oven it feels more cumbersome to carry because you can’t get a full grip on it.  This is my only complaint about it, nearly everything about this crock rocks.

On top of the stellar mechanical aspects, it also comes with a sleek little set of recipes. I tested two recipes with this guy: Mocha-Braised Short Ribs and Spinach & Seafood Chowder. The pampered chef website claims that the even heat distribution in the pan makes it easy to brown, and when I tested the short rib recipe I found that to be the case.  My stove typically runs either too hot or too cold, so when the ribs didn’t burn to the pan that was a real surprise.  I fry my fair share of meats and am rarely surprised by anything a pan does.
The ribs themselves turned out alright in terms of tenderness, for reasons that probably have nothing to do with the pan, but I would say that the mocha sauce ended up being something that sounds great because of the novelty, but only tastes ok.  The chowder however, did not have this problem at all, required very little hands on time, and tasted great. 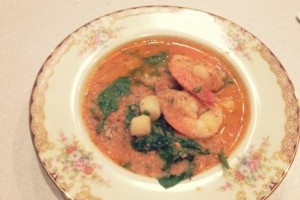 The recipe even had a suggestion at the end to cover the soup with cheese and bread crumbs then brown in the oven, which I thought added a lot of heart to what could have been a watery recipe. 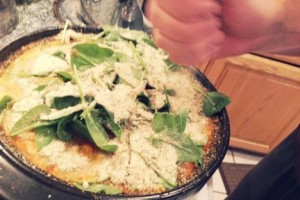 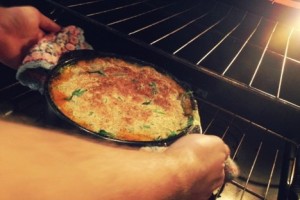 All in all, I would definitely recommend this pan if you have the budget for it, particularly if you cook for lots of people already.  Because it made clean up easy, and even allowed for skipping some pan transfers mid-recipe, I am looking forward to using it again.