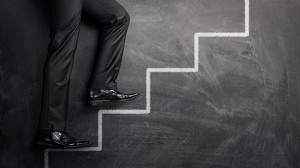 Way back in the last century (1991, actually) my research firm, MarketWave, Inc., conducted a survey that included over 6,000 people who were not, nor had ever been business owners. The question was a simple one: If all obstacles were removed, would you like to own your own business? In other words, if whatever was stopping you from starting a business didn’t exist, would you at least attempt it? Basically, would you prefer to be an entrepreneur or an employee? Eighty five percent said, yes, they’d prefer to work for themselves.

That means 15% misunderstood the question on the survey. After all, if whatever concerned you enough to keep you from attempting a business venture didn’t exist, then you’d have no fear of doing so. I mean, who wouldn’t want to be in control of their own life—have the freedom to make their own decisions, work their own hours, and write their own paycheck? Even using the conservative 85% figure, that would mean about 200 million Americans want to start their own business, but have never even attempted it! We thought there must be some pretty compelling reasons, so we set out to find out what they were. To no one’s surprise, it was never about preferring to work for someone else’s business, but rather the incapacitating fear of starting their own.

And it proved to be the same four fears, every single time:

It takes too much money. They didn’t have tens-of-thousands, or hundreds-of-thousands of dollars to invest in a business (and they didn’t know anyone else who did).

It takes too much time. They didn’t want to work 80 hours a weeks for the first year or two to get their business going.

There’s too much risk. Over 56% of all businesses fail in the first two years and they’d have to quit their job, so there was no safety net.

Don’t know how. They’d never taken any business courses. They had no business experience. They don’t know anything about taxes, accounting, marketing, and the myriad of other skills a good entrepreneur must possess.

Not all responded with all four objections, although most responded with more than one. Surprisingly, “I don’t know how,” was the most common response. A lot of folks said they wished they had taken the plunge earlier in their lives, but they just weren’t the mavericks they once were. They had a mortgage to pay and a family to feed. They felt it was too late.

Now comes the fun part. Would you ever consider going into business for yourself if:

Right now, you’re probably remembering the old adage, “If it sounds too good to be true…” Fine. But, hypothetically, would you consider it if all this were true? “Well, sure…” You’re probably thinking, “But, there’s got to be a catch!” Not only is there no catch, I didn’t even hype the pitch one iota. These are exactly the conditions under which thousands of successful network marketing ventures have begun.

Sure, some overly zealous networkers may tell you how rich you’re going to get, how easy it is, and how fast it will happen. Please note, I didn’t say that! Network marketing is a serious business, no less than any other you might consider earning your living at for the rest of your life. The reality is, network marketing is hard work, it takes time, and you’ll probably lose some money in the beginning. The difference is:

Now, here’s the really fun part. Imagine buying a McDonald’s franchise for the modest sum of one million dollars. The business fails. You call up McDonald’s corporate and ask for a “Return Authorization Number” so you can get your franchise fee back along with a reimbursement check for your unsold supplies and stock. While imagining this scene, also imagine the sound of sirens wailing in the background. That would either be the paramedics coming to assist the poor corporate officer who you’ve just induced into a fit of hysterics or an ambulance coming to take you to a really nice, soft room.

In network marketing, not only is this not an absurd scenario, it’s the law! One of the aspects of a legitimate, legal network marketing company is the ability of a failed distributor to get a full refund (usually less a 10% restocking and processing fee) on all product and marketing material that is in resalable condition. So, if pursued conservatively and intelligently, there is a monumental reduction in risk relative to conventional business start-ups, yet with a comparable or even greater profit opportunity.

Those of you who are already actively involved in network marketing, be aware that the vast majority of your “outer circle” prospects (those who’ve never been involved in network marketing) do have at least the desire to own their own business as opposed to working for someone else. You don’t have to talk them into the benefits of something they’re already dreaming about having. But, they also have some very powerful, legitimate fears about starting their own business. You’ve first got to open their mind to the idea that there is still a realistic way to achieve that dream, and then define, or perhaps defend, the concept of network marketing (gratuitous plug: my Case Closed cassette tape is designed to accomplish both of these steps for you). Only then should you introduce the benefits of your particular network marketing program.

Think of it like this: before you can pour fresh, hot coffee into a thermos, you must first open it, and then pour the old, stale coffee out, right? Think of your business-phobic prospect as a sealed thermos full of cold coffee.

Now, if you are considering starting your own business, or you want to but have always been apprehensive, open your own mind to network marketing. Think it’s too good to be true? I challenge you–find the catch! If you’ve never pursued a network marketing venture, it must be for one of two reasons: 1) you just didn’t know about it, or 2) you have a prejudice against it. And that’s exactly what it is, a prejudice. You have prejudged this business based on what someone else has told you about it (usually someone who has failed at it, or who has also never been involved themselves). In other words, you’ve chosen to adopt someone else’s opinion of this business. Don’t let other people do your thinking for you. Make your own decision based on your own evaluation.

Check this business out. Really put forth your due-diligence. And when you are done, I would defy anyone, even the most devout skeptic, to not experience a significant paradigm shift. I dare you to look and not be intrigued!

Len Clements is a consultant and consumer advocate serving the Direct Sales industry. Len has concentrated his full-time efforts over the last 21...