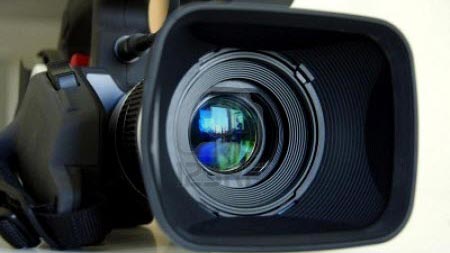 For some, this will sound a little strange, but it’s true—videos used to be a special event.

They were reserved for things like family gatherings, recitals and important baseball games. Yet, thanks to today’s technology, videos are no longer relegated to these occasions. Instead, they’ve become a part of daily life, often taken with something as innocuous as your cell phone.

The subjects range from funny things that happened on your way to work, or the vocal stylings of a precocious cat. Is the mystery gone? Maybe. However, that doesn’t mean that a company bent on having a video done to tell its story, advertise a product or tout its success can’t achieve greatness—something that falls in between something your nephew did with his skateboarding friends on YouTube and Peter Jackson’s latest epic.

How? It’s a sort of secret—but one Robin Seymour uncovered years ago. The entertainment industry veteran of 60 years says any video can go from ordinary to extraordinary with one element: emotion.

“I remember a friend of mine once said, there is no motion until there is emotion,” Seymour said. “With a corporate video, you want to get people to move, to want to take the next step, to find out about the company or opportunity. To do that, you need to find a way to touch them, telling a story that also involves them.”

Of course, there are many other ingredients that go into a successful video that aren’t so secret, according to Seymour. It should be short and to the point. It should be informative, without getting bogged down in details. In short: leave them wanting more.

How short? That depends on the environment where you plan to show the video. If you are going to show it to a group of people in a room—say for a training exercise or big meeting—a video of 8 to 10 minutes would be appropriate. For something that goes on a website, it should be much shorter.

In his decades in the business, Seymour has made all sorts of corporate videos with people from every walk of life imaginable. His work has appeared in a broad spectrum of media all over the world, and all over television, radio and the Internet.

He prides himself and his company on producing high-quality pieces for his clients. The first step in making any great video, says Seymour, is preparation.

“Start with a clear image of what you want to say and what you want to accomplish,” he said. “You could have a great opportunity or a great product, but if you don’t give us the meat and potatoes, we’re not going to deliver.”

Once you’ve settled on a clear message for the video, then it’s time to decide who should deliver it. Should it be the CEO of the company? A department manager? A customer with a testimonial? Perhaps all of the above? Make a list of everyone that you think would be an asset in getting the video’s message across to its audience.

In addition to evaluating what these people have to offer in terms of their knowledge of the company or the product, you also want to evaluate how they will appear on screen. Is this person easily articulate? A natural in front of the camera? Or would they appear stiff or standoffish?

If it’s the latter, Seymour has a solution. First, he meets with anyone he intends to tape in advance – either in person or by phone. During this meeting, he’ll talk to this person about what he or she has to say about the subject of the video. During the interview, he’ll note how the person talks and the details of their story, so he can come up with a script.

“We want to see what kind of verbalization they are going to get involved with, so we can write it how they speak,” he said. “We don’t just throw a script together and send it to them and say, ‘OK this is what you are going to say.’ ”

This script is meant to sound just like the person talking, just a little more polished. Seymour creates it so the future star or featured subject of the video will not only sound natural, but also be comfortable both saying and learning the words.

Sounds easy, right? Often it is—though there have been times when someone is so camera shy, that they just can’t sit in front of camera to tell their story. When something like that happens, Seymour is prepared with a solution.

“We can have a voice over,” he explained. “We can show them sitting at a desk, or a conference table, outside walking or whatever lends itself to the subject.”

No detail of the product escapes Seymour’s notice. He choreographs every aspect—down to the wardrobe choices of anyone who is going to be on camera.

“There are times when we want the suit and tie thing,” Seymour said. “Of course, today, it’s gotten to where the old suit and tie routine is not necessarily the uniform of choice—maybe it’s a dress sports shirt and jacket, or something else entirely. Whatever the dress code is, we inform them. We also inform them not to have a lot of stripes and things of that nature. We also advise people not to wear white or green, especially when we are doing green screen (special effects) work.”

With so much planning and thought going into the preparation video, you might think the shoot itself would be a short and painless affair. Unfortunately, that’s rarely true. As any Hollywood director will tell you, one hour of shooting usually leads to about a minute on screen. Things are no different in the corporate video realm, according to Seymour—sometimes even longer.

“We were doing a video a couple years ago, and it happened to be a corporate head, and it took us an hour and a half for them to get their name and introduction out without messing up,” Seymour said. “So that shoot naturally took a bit longer, but we plan for that sort of occurrence, because we realize that we’re working with people who are new to talking in front of a camera, and there’s going to be a learning curve.”

These are the sort of techniques that separate professional video service companies from someone who just bought a fancy camera. These techniques can be the difference between producing an ordinary or extraordinary video. Seymour may be a little biased, but in his opinion, there’s really no other option for a company seeing to make a video to tell their story or sell their product.

“Think about it. When a company is telling people how big they are, and they cut corners and put something together, something that looks like a homemade video, does that convince you of the message?” Seymour asked. “When you think about the message you want to send, and the way you want that person seeing the message to perceive you, you have to have a video that looks as good as the message you are trying to get across. Otherwise, what’s the point?”