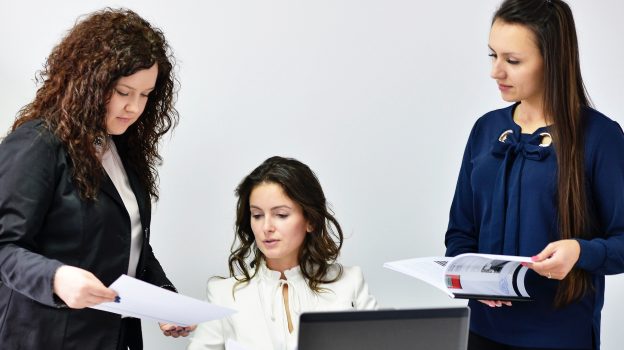 Direct selling companies have helped women for over 100 years. Lucy and David McConnell started the California Perfume Company (later known as AVON Products, Inc.) in 1886 and soon after brought on their first sales representative, Mrs. P.F.E. Albee (Laggos, Direct Sales: An Overview). AVON created a chance for women to produce an income in a world where very few women (or men) could (Biggart, Charismatic Capitalism).

Helping women develop business and entrepreneurial skills has had a long history in direct selling that continues today both in the corporate and the direct selling worlds. In 2004 the National Association for Female Executives (NAFE) placed Avon Products in the Top 30 Companies for Executive Women. The NAFE states that the lack of training is often the reason why women have not attained top corporate spots. In order to be considered as a top company for executive women, a woman must be a top executive and women must be in management training positions. They also looked for training programs and experiences for women.

In an interview with UPI writer, Nell McGarity, Avon human resources official Jill Kanin-Lovers said, “It’s not just about the programs here at AVON, it’s also about the culture and the environment.” AVON has long had leadership development programs. Programs include the international leadership forum where women from around the world discussed issues that faced the development of new products and of operating in their countries. Developing the cultural context that leaders would need to run operations abroad was the goal of the program. These leadership efforts help both men and women understand how to run and be successful in a company that promotes itself as the company for women.

In a study conducted by Avon Products, Inc. (The Avon Mentoring Matters Survey), over 2000 women and men were surveyed. In 1998 when the study was completed, the statistics demonstrate that mentoring makes a significant difference in career success of women. 68% of women, ages 18–29 have had mentors and the survey indicates that mentorship of women is on the rise. Among women owning small businesses and who have had mentors, an overwhelming 94% say that the experience was “Crucial/Very Helpful” to their success. Women in the corporate world also benefit greatly from mentoring. Mentoring has continued to be crucial to women’s success.

Avon is certainly not the only company that has developed and created programs to mentor women in business. In the 1950s, Mary Kay Ash created Mary Kay Cosmetics, Mary Crowley created Home Interiors, and Jan and Frank Day created Jafra. These women all saw a need to move the careers of women forward. Much of the early mentoring included thinking positive material. Brownie Wyse took Tupperware to a new level by bringing the plastic products to a direct selling format and by providing incentives and training women on how to run a business.

Mentoring women inside the corporate world and as entrepreneurs has been the charge of direct selling companies. Companies like Pampered Chef created by Doris Wood, Party Lite and Longaberger basket came along which further developed the opportunities and training for women. Each company creates new sales leaders who in turn are able to create additional opportunities for more women.

Some may say that direct selling is a way to keep women in the home. However, it can also be seen as giving many women the choice about where they wanted to work and the chance to develop crucial money making skills. Mary Kay Ash, Mary Crowley, Brownie Wise all started as distributors for Stanley Home Products. When they didn’t see a way to move up, they moved on and started their own companies to further the options for women.

This mentoring is not restricted just to the United States. In a 1997, State of the World Forum, Richard Bartlett, Vice President of Mary Kay Holding Corporation discussed the role direct selling plays in empowering the poor. Bartlett pointed out that for the 800 million people worldwide who live in what is called the self-employed poor and entrepreneurial poor categories, direct selling may be an option. Most of the direct selling growth over the last 10 years has come in developing nations. It’s easy to see why consumer goods makers are suddenly coveting the vast armies of direct sellers around the globe. Because direct-selling organizations rely on people who work form their homes and deliver goods themselves, product makers don’t have to wait for retailers to build stores in new markets. And in many emerging economies, a direct-selling job is often the most lucrative work available to women, making recruitment easy.

Mentoring continues on many levels in direct selling—business mentoring, executive mentoring, performance mentoring, personal mentoring, skills mentoring. Developing women leaders does not just help women’s personal finances. Studies have shown that companies with more women in leadership have higher profits. Women account for over 80% of the buying dollars. Having women in leadership positions can help create diversity of thinking which can reach more consumers. Many organizations of women and men are dedicated to mentoring and being mentored. As we each lift another person, we all benefit.

Further information on women and direct selling can be found in

Bartlett, R. C. (November 6, 1997) Microenterprise and the Empowerment of the Poor. www.wfdsa.org/library/stworld.asp