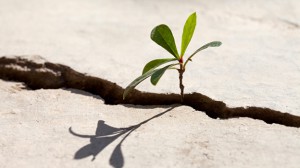 It’s a great outlook to have in business. Being a fearless mentor is a way to guarantee that your business will perpetuate.

When a school of anchovies senses danger, it swims together in a tight ball, with the fish on the inside more protected and those on the outside facing greater chances of being consumed.

The fact is, somebody—probably more than one somebody—has mentored you. They taught you things. Went to bat for you. Trusted you with something important. Took the fall if it went wrong; gave you the credit if it went right. Who was it? What did you learn from them? Why was the experience good for you?

Teaching others what you know does good things for business and society as a whole. Being a mentor to your MLM downline requires interest, commitment, and confidence in your own abilities and willingness to protect, trust, and share with those who are up and coming.

Good things happen when the experienced strengthen the untried.

Bryan Thayer is a nationally known, sought-after speaker. He has traveled the country teaching his nine laws of networking, a life-changing approach to life and business.

Bryan began his career in film production, which exposed him to top businesspeople all over the nation. He went on to build his own sales organization of thousands before founding Dream Builders in 1999, a brand imaging and marketing company that grew from an idea into a multimillion-dollar operation. Bryan sold Dream Builders in 2008 to Success Media, parent company of SUCCESS Magazine.

His latest project, Life Leaves Clues, teaches the skill of paying attention to what life tells us, whether it’s to keep going, slow down, or even stop.

All Articles, MLM Leadership and People

Known for his ability to captivate audiences and initiate personal growth plans, Bryan Thayer is a nationally known, sought-after speaker. He has...