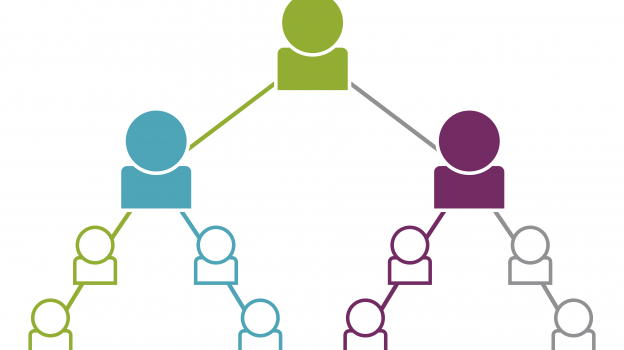 Many companies use a binary commission as part of their overall payout plan. When the binary plan arrived on the scene, it proved to be a near opposite approach to commissions than that of the existing plans. Every other compensation plan up to that point had been built on the following two premises: (1) Commissions are paid on a limited number of levels of a distributor’s downline, but on an unlimited amount of sales volume and (2) all commissions for a given product order are paid in a single commission run.

In contrast, the binary plan is built on the following two opposite premises: (1) Commissions are paid on an unlimited number of levels of a distributor’s downline, but on a limited amount of sales volume and (2) commissions for a given product order can be paid across several commission runs. In fact, it’s impossible to know when all the commissions on a single order have been paid.

A binary compensation plan features a limited-width structure that requires a distributor to specifically have two first-level distributors—two legs—in his/her organization. In the binary, each person has two legs only. If a third person is sponsored, they are placed further down one of the legs where there is an open spot in the downline.

In order to maximize in a binary, a distributor needs to understand the balance of leg volume and that binaries are paid on the weakest leg. This requires work on the part of the distributor (just like any compensation plan). Continuing to build and place people on the weak side helps to build your commission payout. 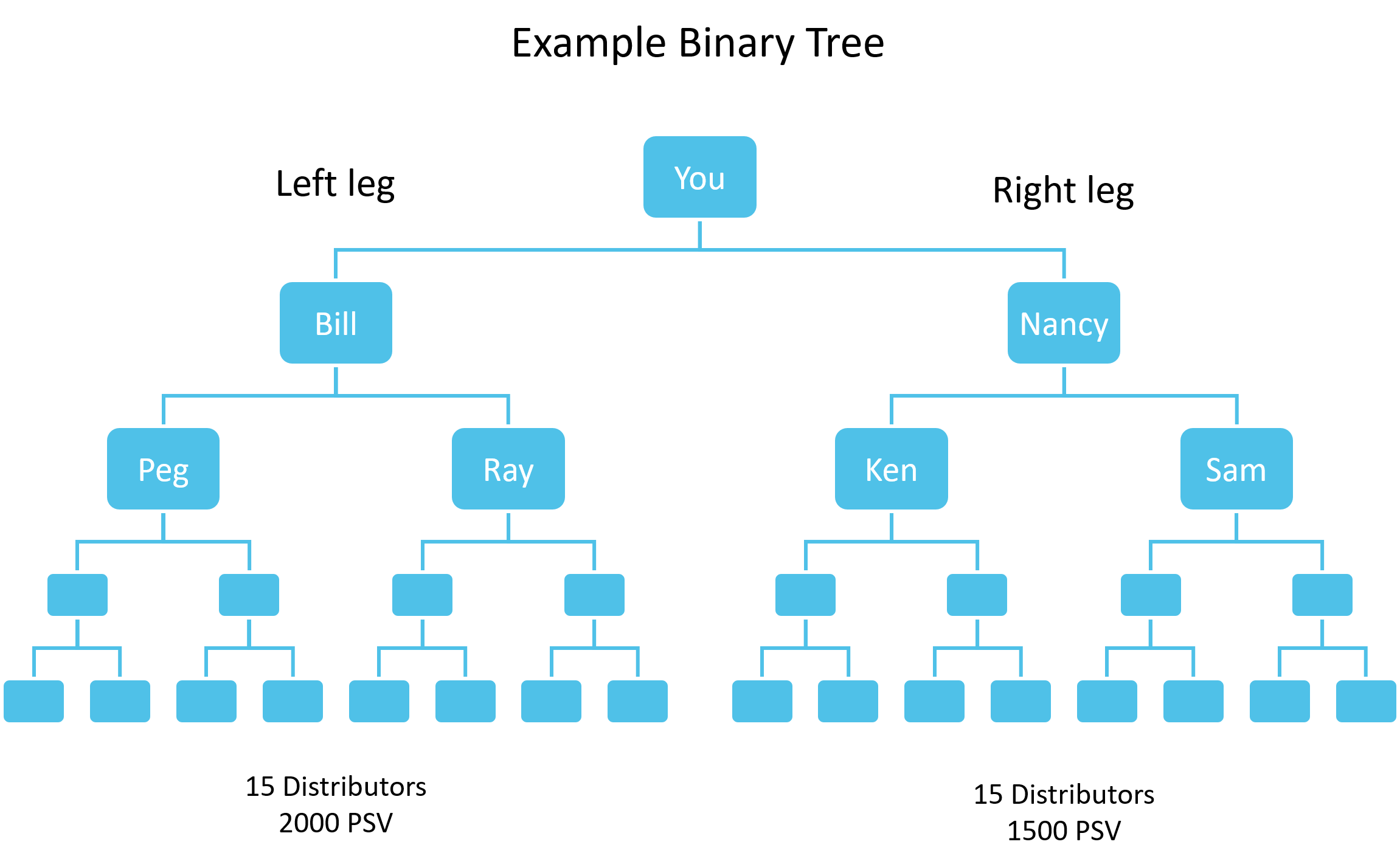 All Articles, How to Compensate Distributors in Direct Sales, MLM 101—Your MLM Business Plan, Understanding Compensation Plans for MLM

Kenny Rawlins has been fortunate enough to have been around the network marketing industry his entire life and has experienced its power...