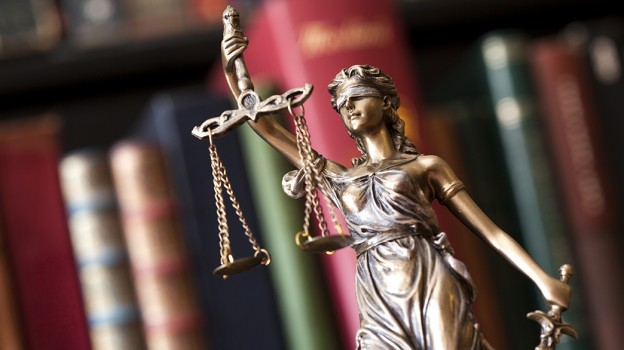 Is your network marketing company safe?

It’s the question you secretly dread. No one can tell you with certainty how to keep your direct sales company out of regulators’ crosshairs. No two rulings (or settlements) are the same. As circumstances change, regulators change their focus. If they act against your company, it will most likely be a surprise. And the outcome is virtually guaranteed to be in their favor. What can you do?

You can make sure you’re doing what regulators want! We see regulators going after certain practices again and again, and from that we can draw some common-sense conclusions.

Today we want to give you our easy-reference list of common-sense conclusions.

I’m not a lawyer and this article should not be taken as legal advice. Talk with your attorney about these tips. This is by no means a guarantee of safety. But we think you would be wise to consider these ideas going forward with your company.

Unless someone plans to build a business, sign them up as a “preferred customer.” You’ve probably heard this advice a million times before. Why are so few companies applying it?

First, “an MLM without end consumers” shows up frequently in pyramid scheme definitions. Having a body of end consumers you can easily point to is huge.

Second, most companies currently have lots of “distributors” who are functionally customers—they signed up just so they could receive the best price, and they do not actually participate in the business opportunity. Yes, this happens a lot to companies that aren’t directly encouraging it. But “we’re not responsible for the actions of the field” isn’t a strong argument in court.

Third, the FTC has taken a hard stance against looking the other way while customers sign up as distributors. In recent cases they’ve refused to allow companies to claim that any of their registered distributors are functionally customers.

If you can’t show end consumers, expect that to be used against you in the event of an investigation. The MLM of today needs a preferred customer category that’s enticing enough to clear out in-name-only distributors—individuals who want the discount but who are not building businesses. Make sure that you can point to verifiable numbers of end consumers.

If people have to buy product every month to earn commissions, you’re walking a dangerous line. This is dangerous for the same reason that it’s dangerous to register customers as distributors; requiring that your people make a purchase every month looks, to regulators, like evidence of a lack of real consumers. They call it pay-to-play.

You can deal with this issue in a number of ways. We recommend moving yourself over into the first PV category we described. Include purchases made by the distributor’s personal customers in the distributor’s PV. Setting things up this way allows distributors who want to buy monthly to do that—and still use that volume to qualify—while allowing distributors to remain qualified in another way if they don’t want to buy. It also gently incentivizes sales to customers, but we’ll talk about that more later.

Autoship programs (or in non-industry speak, subscription programs) are an incredibly useful tool for companies selling consumable products. That’s just as true for traditional retail companies as it is for MLMs. It seems unlikely that, outside of a network marketing context, regulators  will ever be able to restrict the right to offer subscriptions. But the writing is on the wall. In a network marketing context, if distributors are required (or even strongly encouraged) to get on autoship, regulators get suspicious.

The FTC went after both Vemma’s and Herbalife’s autoship programs. Before their ex-parte TRO and asset freeze, Vemma didn’t require autoship, they just promoted it heavily enough to catch flack. The Herbalife settlement prohibits autoship outright—a drastic measure, considering how common subscription services are outside the MLM sphere.

If you want to keep your autoship program, the best way to ensure your ability to do that is to stop requiring it for commission qualification (if you do currently require it). Kenny Rawlins outlined several ways to incentivize autoship without requiring it, which is absolutely what we recommend.

If your distributors are buying extra product to keep on hand for in-person sales, start tracking those sales. While in-person sales have always been common in the industry, tracking them is a new issue. So far, we’ve only seen it in the Herbalife settlement. It makes sense, if you think about it, that we’re only seeing this now. It only recently became truly plausible to do. And it’s could be a real boon to MLM companies trying to avoid scrutiny.

It ties back to the same concerns about end consumers. Tracking in-person sales gives you yet another number to point to if the FTC comes knocking.

In the past, companies have pointed to the staggering technical difficulty of collecting data on in-person sales. There are so many in-person sales happening and forcing distributors to record them seemed so cumbersome that it would have to cut back on sales. But not so much anymore!

Point-of-sale technology has advanced. It’s doable, even, even easy to track in-person sales. Modern salespeople on the go can capture all the same data that traditional retail businesses have captured all along.

All all you need to do is create a mobile tool that lets distributors capture the data and then give them an incentive for capturing it. Along the way you can make their lives easier by giving them the option to take credit card payments in one-on-one sales situations.

While you might hesitate to require that distributors track in-person sales, but there’s no harm in incentivizing them to do so, which leads us to our next tip…

Most companies pay commissions on sales to customers—what we’re talking about here is upping the incentive. As we’ve already pointed out several times before, end-consumers matter. So does being able to prove that they exist.

This tip may not be equally important for all companies. Party plans, for example, have always focused on customer acquisition. On the other hand, some binary plans have a strong built-in disincentive for customer acquisition—if volume isn’t generated inside the binary tree, the distributor doesn’t get the primary binary commission on it. How about you? Do you have a lot of non-distributor consumers you can point too? If not, make selling to consumers more lucrative.

Depending on how your company is set up you’ll want to use different approaches for rewarding distributors who make sales to end-consumers, but you must make this a priority for your company.

Vemma and Herbalife are both required to hit certain distributor-to-customer ratios. Vemma’s distributors will receive no commissions on volume of which 51% doesn’t come from customers. Herbalife is expected to hit a two thirds customer volume ratio. Sound harsh? You’re not wrong.

These ratio requirements could be huge penalties for a company that has never incentivized sales to customers—the entire salesforce would have to change radically and quickly in order to keep earning.

We recommend that you avoid that pain, and hopefully the investigation altogether, by making it more profitable for distributors to acquire customers in the first place.

This one should go without saying. But, based on how prevalent false claims still are, some people haven’t gotten the memo. Neither you nor your distributors should make claims of any kind that you cannot prove with real data.

Unprovable claims about income, lifestyle, and health benefits have long been a problem for the industry. The reputational and legal harms of this kind of behavior should be obvious. For example, Vemma is not only forbidden from making claims they can’t prove, but also from using any kind of wealth or luxury imagery—even if that imagery comes without any text directly suggesting that distributors stand to gain that wealth or luxury.

Saying, or even implying that distributors can get rich quick just isn’t a safe strategy for your company to pursue. Stick to the facts.

7. Train your distributors to keep their noses clean

We recommend that you develop a business training program and require completion of that program before anyone can participate in your opportunity.

Herbalife is now required to train their distributors. This isn’t just a matter of offering training materials—Herbalife must keep records proving that everyone earning through their compensation plan has been trained. While training didn’t come up in the Vemma case, Vemma might not have found themselves in court in the first place if they had had a better training program that taught their distributors about MLM law.

It’s not enough to have a policy against illegal claims and other illegal activity. You must teach your distributors the tenets of that policy and what it means to comply with it. But we think it’s a good idea to go even further. Why do I say this?

The training program outlined in the Herbalife settlement goes beyond constraining claims. Herbalife has to teach their distributors business basics—like calculating profits and losses. It might be good to implement something like this in your company, but at the absolute minimum, you should develop and require completion of a training program aimed at keeping your distributors honest and in compliance with the law.

8. Monitor what your distributors say

Monitor what your distributors are saying and doing when they are out in the world representing your company. Training your distributors to follow company policies is an important step toward keeping your salesforce honest, but it just isn’t enough anymore—you have to keep tabs on them too.

This could mean several things. Have employees—think secret shoppers—check in to observe your distributors’ sales tactics in person. Suspicious regulators will absolutely be checking in on this. You need to catch the bad actors before they do.

Monitoring your salesforce also means keeping an eye on what distributors are saying online. Like tracking in-person sales, as technology advances, it’s becoming more plausible to monitor what your distributors are saying and you must have processes in place for doing just that. If building a team to do this kind of work is outside your wheel-house, seek a third party to fill that role.

Vemma now has a court-appointed monitor watching its distributor force. Monitor your employees yourself; it will hopefully help keep someone else from monitoring them for you.