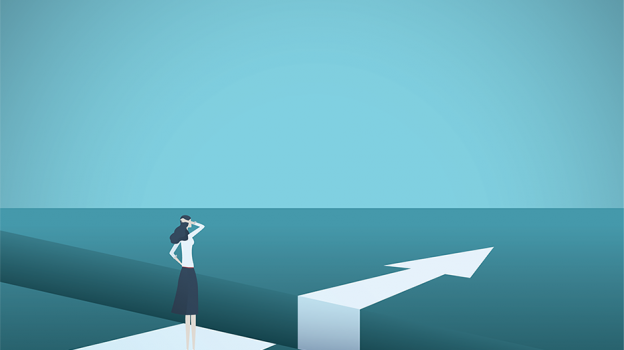 At MLM.com we occasionally take time out of our busy compensation-plan-explaining, corporate-strategy-discussing schedules to crow about how pro-woman the direct sales industry is. (And no, that’s not just because the site is run by women.) Direct selling has always been a woman’s game. The question is: why? And this week we’ve got another question on our minds. Why isn’t the same true on the corporate side?

Why is the sales field full of women and the c-suite full of men?

I should note that more and more women are founding companies in the direct sales space—Trades of Hope, Red Aspen, Damsel in Defense, Solar sister, etc. It’s a wonderful trend that we hope continues. But across the US most executives (in most industries) are still men. For example, at S&P 500 companies women make up only 4.8% of CEOs and occupy only 21.2% of board seats. Why is this true when women make up 44.7% of employees at the same companies?

A few years back, Nicki Keohohou, wrote a wonderful article on exactly this issue. Her answer? “I suspect the reason for the gender disparity in corporate leadership is primarily an oversight. I don’t believe we are grooming new female executives to move into higher executive roles—I don’t believe we’re making enough of an effort.” We’re rather fond of Nicki here at MLM.com. She has made a career out of grooming direct sellers for greatness and (spoiler alert) I’m pretty sure she’s right about this.

The glass ceiling isn’t made up of ham-fisted men shoving women down the corporate ladder while making sexist comments and smoking cigars. At least, it’s not anymore. Not that sexism doesn’t exist in corporate America—it’s just quieter, smaller, and subtler than it was in years past.

Why does direct sales appeal to women?

Back in the ham-fisted, cigar-smoking day the reasons why women thrived in direct sales were intuitive—obvious. Companies like Tupperware and Mary Kay offered women a way to earn money without suffering through (then common and blatant) office chauvinism. It also gave the a way to earn without turning their children (if they had children) into latchkey kids.

The landscape for female workers has changed dramatically over the last few decades. Today, women have real options for addressing sexism in the workplace and mainstream professionals (male or female) are increasingly able to work from home. Women can thrive at corporate headquarters whatever their other life choices are.

Yet, women still dominate direct sales—making up 73.5% of people involved in the channel in 2017. In an era when 44.7% of corporate employees are women, why does direct selling remain such a compelling option for women specifically?

There are always articles rushing into the void to help us explain this. For example, back in May our newsletter ran a story explaining why so many military spouses join MLMs. Here’s another article we ran back in January about FLDS women in MLMs. But most of these explanations rely on self-reported reasons for joining MLMs. If we intuitively understood all the reasons for the gender gap, we wouldn’t still be scratching our heads about it. We must look beyond our basic intuitions.

Why do women still have a harder time advancing in their careers? One popular theory of late, called the confidence gap, posits that women can’t climb the corporate ladder as effectively as their male colleagues because they have less self-esteem. The idea rests on the notion that confidence alone can take you far and a lack of confidence will block all meaningful progress which very well may be true for men.

The evidence increasingly suggests that while confidence works for male climbers, a woman exhibiting high levels of confidence more often faces social punishment—not reward. We call this the backlash effect.

The cliché, it’s impact, and the science

“Confident men are go-getters, but confident women are bitches.” It’s a cliché but science seems to be catching up (and lending an explanation) to the cliché. For example, this study showed that, when asked to self-promote, “women’s fear of backlash inhibits activation of a goal-focused, locomotive regulatory mode, which subsequently interferes with self-promotion success.”

Or check out this study that tricked women into misidentifying the source of their discomfort when they were asked to perform a self-promoting task. (These researchers called self-promotion “violating the modesty norm.”) They found that “under normal conditions, violating the modesty norm led to decreased motivation and performance. However, those who violated the modesty norm with a misattribution source reported increased interest, adopted fewer performance-avoidance goals, perceived their own work to be of higher quality, and produced higher quality work.” [emphasis mine]

In other words, women are conditioned to fear the repercussions of self-promotion so intensely that when they’re in the act of bragging, their basic ability to function diminishes.

That’s crazy but it makes sense. Not that anyone needs this contextualized but the female of our species has been told (for millennia) to shut up and keep her head down. The first set of laws ever written down by man (more than 4000 years ago) includes this little chestnut: “If a woman speaks out of turn, then her teeth will be smashed by a brick” (that’s not BS, that’s the BBC).

If women suck at confidence, can they even be good leaders?

The short answer is yes. The scientific literature about objective performance indicates that men and women are nearly identical in leadership ability. Some people use this as an argument for keeping the c-suite male—if women aren’t better than men then why change things? To them I say: if women are equal, why not make their chances equal?

But if the ethical argument doesn’t move you, that’s okay because there are also practical reasons.

This meta-analysis investigated worker perceptions of leader effectiveness. It demonstrates that men and women are rated equally in leadership effectiveness when you take both self-ratings and other-ratings into account. But when you isolate self-ratings, male leaders rate themselves highly while women rate themselves modestly. (You can probably see where this is going.) When these scientists isolated other-ratings (ratings from a leader’s subordinates), workers rated female leaders more highly!

In other words, the same women who refuse to self-promote are viewed as better leaders by the people they lead.

That meta-analysis is the gift that keeps on giving. It also demonstrates the damaging effect of tokenism in leadership. In a workplace composed mostly of male workers, the workers rate a female leader as less effective and vice versa. This is not great news about human nature, but it is instructive.

In an industry composed mostly of women (again, 73.5% of direct sellers) but led mostly by men, the perception of leader effectiveness and thus trust in the company might be suffering.

How can we overcome the confidence gap?

It’s clear that women know, in our bones, that we’re not supposed to toot our own horns. We know that bragging is socially dangerous. How can we correct this without doing awkward things like setting gender-equal quotas, promoting the unqualified, and chasing outside talent that doesn’t really understand the work we do in our industry?

Borrow an idea from your distributors! Encourage, require, and normalize self-promotion.

In a culture where everybody regularly self-promotes, women have the chance to train the fear out of themselves. Stephanie Thomson, writing for The Atlantic, advocates exactly this kind of culture-level changes. “Normalize the practice of self-promotion, so that when women talk about their achievements, they are less likely to face the well-documented backlash.”

The more we do anything, the more familiar it becomes and the better we get at doing it. If you create a work environment in which women are safe to self-promote, they can start to replace their fear of self-promotion with a knack for self-promotion. This seems like such a small and inconsequential thing, but it really isn’t. This one simple trick from your distributors’ every day lives, might give the women already in your offices the ability to grow their confidence, catch up to their male peers, and become the leaders you’ll need tomorrow.

Often, when I read studies about the optimal behavior for a woman in the workplace, I’m stunned by the description of the balancing act that women must pull off day by day. The list goes on and on. Just thinking about it is exhausting. I certainly don’t mean to suggest that men don’t face challenges in the workplace. But I don’t believe that they’re asked to walk such a narrow line.

This binary between confidence and humility is especially disheartening. If you’re a woman in the workplace and you think about it for longer than ten minutes, you’ll probably start remembering times when you dissembled and self-minimized without consciously deciding to—or times when you’ve seen other women do it. It’s much easier for a woman to succeed and even thrive in the office than it was 50 years ago. But it continues to be a tightrope walk when it really doesn’t have to be.

If you want female leaders, make cultural changes. Equip all your female employees to grow and stop hiding their achievements.

Sure, you can solve your leadership gender imbalance by hiring outside. It’s a step in the right direction. But if you teach your people—the employees you love—to show you how good they are today and how much greater they can be tomorrow, you’ll find yourself promoting people you trust and know instead of just scrambling to look good on paper.