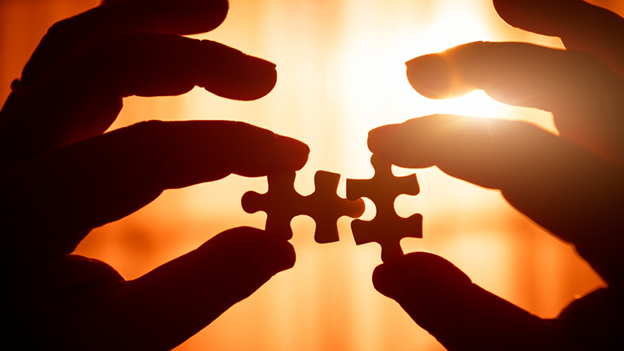 Recently I wrote at length about Piers Steel’s procrastination equation as a tool for hacking your goals. Here it is for those of you who haven’t read that article:

Today I’d like to go into a bit more detail on a clever way to increase the value of an activity that has been getting attention lately: make it into a game.

Before jumping on the bandwagon though, I would like to make something very clear. Not every unpleasant activity can be made into a game! Much of what is said on the internet about “gamification” creates the impression that people can be manipulated into doing things they otherwise would hate doing. This is false, but also an unhealthy way to approach goals. If something has a negative value for you then why on earth would you want to increase its value?

What we value is rarely a conscious choice in terms of whether it is negative or positive in the procrastination equation, but its magnitude can be changed by changing the way we look at a goal. Most people don’t value exercise itself, but they do value being healthy, so framing exercise into the context of health (and the measurements of health, heart rate, weight, etc.) increases its value, and the motivation to do it.

The same is true for games, no one really cares about getting the golf ball in the hole. If that were what we really valued, we would just walk over and put it in. But we do value difficult things all on their own, so raising the difficulty of getting the ball in the hole changes what is a neutral thing to begin with to one of the most highly addictive and motivating activities known to man. This is the approach game researcher Jane McGonigal takes in her most recent book, “Superbetter.”

For example, one of the biggest challenges facing the health care system in the US right now is that cancer patients don’t finish their chemo. Their suffering during treatment is too great; they give up, the cancer resurfaces, and they have to go back into treatment or they simply die. This process is the cause of nearly three quarters of all child cancer deaths in the US. That statistic is reason enough to look for a solution, but we should also consider the costs we, as a country, pay in taxes as a result. This process of unfinished chemo treatments strains the health care system, which is already bursting at the seams.

Children with cancer in remission would like it to stay in remission, but chemo is tough. Starting to sound familiar? The mismatch here is between a low value activity (taking drugs that make you sick) and a high value goal (staying alive) and one promising solution has been the game “Re-mission.” In the game, a child with leukemia plays a robot that fights cancer inside a fictional patient, and when the patient misses a dose of chemo the robot loses fire power. This is meant to educate children on a consistent basis and in an emotionally salient way about the importance of taking their drugs, and it works. Children who play “Re-Mission” miss about half as many doses as children who don’t.

On its face, this is amazing. By playing a game that doesn’t even directly reward the desired activity, these kids have nearly doubled the value of taking chemo. So, how can we apply the science of gaming to our own horribly mismatched goals and motivations? McGonigal outlines what she calls the “gameful approach” in her book:

“When we play a game, we focus on goals and growth. We seek out challenges voluntarily, and we savor the difficulty. We play not to avoid losing, but to find out what we are capable of.” Treating goals as challenges increases their value, making them more motivating.

Motivate yourself with “power ups”

“A power up is any positive action you can take, easily, that creates a quick moment of pleasure, strength, courage, or connection for you.” Power-ups help you by making you feel more confident, increasing your expectancy. They also give you little bursts of energy to help you get through lulls in your day (I use mine after I get home from work, when I am most tired)

Identify “bad guys” and avoid them, resist them, adapt to them, challenge them, or convert them. In short, “bad guys” are anything that gets in the way of your goals. Chocolate around the house for weight loss etc. The book goes into lots of detail about this, but I think the most import thing she mentions is that your obstacles can serve as “challenge enhancers” with a little re-appraisal, and so are a way to increase a goal’s value.

“A quest is not just another item on your to-do list. It is a purposeful action you take because it has meaning in the context of a bigger search.” We have already discussed how this is useful, because meaning can easily get lost in the day to day struggle to achieve a goal it is important to imagine how a goal will actually change your life for the better. McGonigal also mentions that just taking the effort to imagine a quest causes you to think it is more likely to succeed, raising your expectancy of success.

Ask for help from “Allies”

“It is hard to be vulnerable and ask for help with a serious problem. But it is easy to invite someone else to play a game.” Humans are social creatures, but culturally we sometimes have a tendency to feel weak if we ask for help. Instead of framing it that way it can be powerful to see it as inviting others to participate in the challenges in your life.

“A secret identity helps you focus on what researchers call your signature character strengths—the heroic qualities at the core of who you are.” This one seems a bit squiffy at first, but thinking about the fact that you are already good at some things increases your belief in yourself.

“An epic win is a special kind of goal. It’s designed to be more like game goals than ordinary self-improvement goals.” She goes on to describe game goals as realistic (high expectancy), challenging (high value, as discussed), energizing (another way to think about high value), and forgiving. This last point is something that isn’t really covered in the procrastination equation, so I think it is worth pointing out that keeping the cost of failure low in your goals can help you achieve them, because if you fail you can use what happened to set better goals.

Jane goes into much more detail in her book “Superbetter,” and I highly recommend it, but the distillation is to treat your goals the same way you would treat goals in a game. I think that most of us feel this way in the goals we succeed in naturally, and crafting goals purposefully with gamefulness in mind is another way to craft goals that you will actually do.