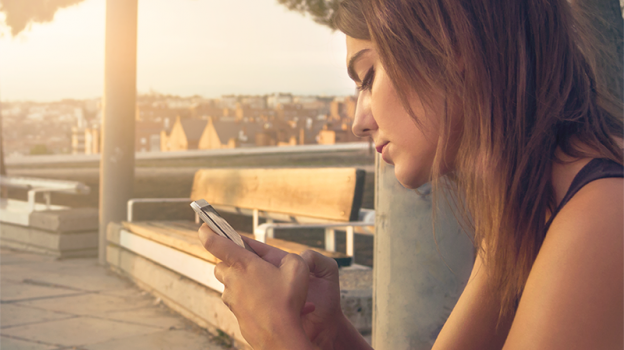 If you feel like no one is seeing your Facebook posts, you might be right! The News Feed doesn’t show posts chronologically. Instead, Facebook ranks posts before displaying them in your News Feed and it slots the ones it thinks you want to see most at the top. If you’re on social media to promote your business, boosting the number of people who see your posts is critical. So how do you do that? Here are 5 tips to get things moving in the right direction.

This piece of advice is everywhere these days but some marketers still haven’t heard it. The internet is packed to the gills with hate for MLMers that spam social media with business promotion posts. Some gurus recommend keeping sales-related posts to a minimum while others advise you to never post a single sales-related thing. In fact, some recommend that you not even mention your business anywhere on your profile—stick to posts about yourself, your life, and your lifestyle, tell people what you do if they ask, and post about your business only in dedicated business pages and groups that people can opt in on.

It’s up to you how much you post about your business, but keeping it infrequent is a good idea. Every time one of your friends scrolls past one of your posts, she has the chance to unfollow you or ask Facebook to hide or limit similar content. If that happens, there’s nothing you can do to reverse it.

You’d be hard pressed to find exact details on how Facebook decides what’s important. (Expecting Facebook to reveal their algorithm is a bit like expecting Coca Cola to release their recipe.) But, in the interest of transparency, they do give us a broad-strokes idea of how they rank posts. The four primary factors Facebook currently considers when it lines up posts for you are: how close to or interested in the poster you are, when the post went live relative to your last login, how popular the post is with others, and if the post includes the type of content (text, pictures, video) that you seem to prefer. Facebook is always tweaking its algorithm so it’s a good idea to pay attention to their blog over time.

Reach out to people and socialize

So, say you have a Facebook friend that never appears in your feed. It’s likely that you don’t appear in theirs either. Changing that can be as simple as messaging them to start a conversation and checking out their page to like a few of their posts. Soon, Facebook will start slotting them higher up in your News Feed. If the conversation goes well and inspires that friend to stop in at your profile and like a few posts, you’ll start appearing in their News Feed as well.

As we’ve already said, posts that readers interact with get higher priority. You want to post content that causes readers to engage whether that happens in the form of a like, a comment, a share, or a reaction. An interesting recent change at Facebook prioritizes reactions—love, haha, wow, sad, angry—over likes. So, if five people love (or hate) your post, Facebook spreads that post farther than one that gets five likes. Reacting to a post takes slightly more time than liking it so both positive and negative reactions have greater value.

Some people prefer video. Some prefer pictures. Still others enjoy good old fashioned text. Facebook is keeping an eye on those preferences. If you spend more time looking at pictures, Facebook will show you more pictures. If you scroll right past pictures but pause to watch videos, Facebook will show you more videos. To catch the biggest audience, use all the options available to you. Post every kind of content.

As a side note, when Facebook introduces a new feature—like Facebook Live—they tend to give it priority so that they can test and gauge the level of interest people have in it. So, when a new feature appears, don’t be shy about trying it out!

Everything Facebook does is designed to keep people on Facebook—scrolling and connecting and engaging. They want to give the people what they want. As a direct seller, you’re in the same business—giving people what they want. Don’t look at Facebook’s algorithm as a nuisance. Think of it as a way to learn more about your customers and an opportunity to better serve both their needs and their interests!