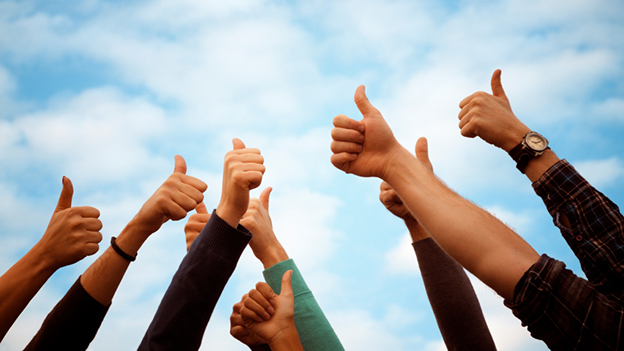 Learning to speak and communicate persuasively is an art that is required for success in sales, networking, and nearly every aspect of life. Unfortunately, although communication is supremely important, it is not natural (or easy) for most people.

As I write this, we are in graduation season: a time of rejoicing, celebrating, gathering with friends and family, and also a time of listening to some pretty awful public speaking. Whether it’s the nervous student stammering through many “ums” and “likes,” or the “professional” speaker dispensing advice in a hopeless acrostic (“Consider the word Marvelous. M is for Magnificent. Be magnificent. You can all be magnificent. A is for awesome. Be awesome. You can all be awesome…”), this time of year seems to only emphasize a truth that is already painfully obvious: most people cannot speak in front of others very effectively.

Why should this be so?

Why are people so inadequately prepared to express themselves verbally in front of a gathering of others?

And most importantly, what can be done about it?

The Life Leadership Essentials Series book, Splash! not only addresses these questions, but provides answers. A collective work assembled by individuals with thousands and thousands of hours of public speaking experience, this book can help almost anyone take his or her ability to a higher level.

Allow me to summarize just a few of the tidbits:

One of the most important things to learn about public speaking is that in order to appear natural one has to learn some things that at first do not feel natural. For instance, it does not feel natural to have your face rest almost unceasingly in a smile. However, for people in the public eye, smiling consistently is one of the biggest shortcuts to appearing at ease and “natural” while on stage or on camera.

Another truth that seems peculiar at first is that people are more likely to remember what you say, and take meaning from it, if you say less! Now, this doesn’t necessarily mean to cut your talk short (although for many of the talks we are all forced to sit through, that is exactly what we are hoping for!) but rather to say more by saying less. What this means is that instead of trying to make nine good points, or seven, or five, or even three, try making just one really, really well.

Further (and this is a big one), most of us may not realize how important stories and illustrations are to the transmission of ideas. One of the most important things a public speaker must do is anchor his or her points with emotional connection through stories and illustrations. What I like to say is that you haven’t told them until you’ve shown them. In fact, I would say that this is the number one area in which public speakers mess up. Their talk is expository or explanatory, but there’s no story. Don’t ever try to make a point without giving an application of it. To do so is like singing a piece of music with only the verses and not the chorus. You can either find good stories to emphasize your points, or the reverse also works well, find a good story and extract the main point(s) from it. Either way, your persuasive speaking should always—and I mean always—involve stories and illustrations.

Ultimately, speaking persuasively is an art. There are fundamental principles germane to it as with all art forms, but it also has nuances that are left to the artist. These cannot be taught, they can only be caught. It is only through mastering the fundamentals, though, that one is then able to know what rules to break and how to do so effectively. This, alas, can only come from experience.

Which brings me to the final piece of advice for this brief article: in order to speak persuasively one must put in the time necessary. Practice and practice and practice again. There is no substitute for it or short cut around it. Only with time at the wheel can one become a master helmsman. So begin now. Read the Splash! book and put the mountains of good advice therein to immediate application, and with time, you can be speaking like a pro!

I’m persuaded of it!

Chris Brady is founder, CEO, and Creative Director of LIFE Leadership. He...