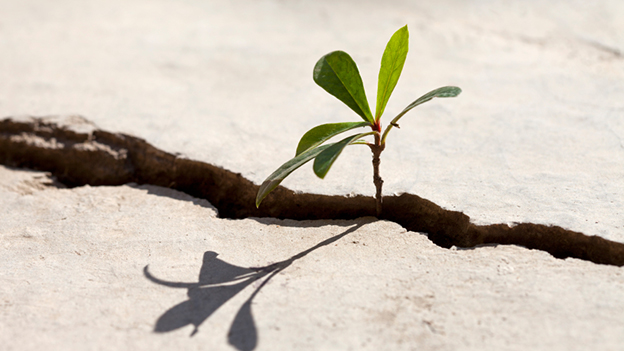 I do not often listen to National Public Radio. I know I should not confess to such a crime. In general, when I drive my car, I listen to rock and roll. However, I can remember one story recounted on NPR with perfect clarity. I remember where I was. I even remember the color of the leaves as I listened to Barbara Ehrenreich, an author who recovered from cancer, talking about “the cult of positive thinking” and the negative impact it has on treatment and care for cancer patients across America.

We live in a culture where everywhere you turn, someone is saying “thinking makes it so”. Some cancer support groups go so far to insulate themselves from negativity that they expel members who are beyond treatment. Ehrenreich found herself in a position where expressing her negative feelings about the misery of treatment caused others to criticize and deny her emotional support. For cancer patients, convincing yourself that your outcome will be what you want it to be makes things difficult when circumstances darken. It makes it hard to face family members and it instills guilty reasoning that reads “if only I had thought more positive thoughts, if only I weren’t so negative.” That interview changed the way I saw compassion, the way I saw honesty, and convinced me that the message of positive thinking is a dangerous pseudoscience. The real science tells a different story about positivity; one that is grounded in hard work and reality.

What is the difference between positive thinking and positivity? For our purposes we will define positivity as a baseline personality trait—a tendency to see the good in situations—and positive thinking as the willful decision to convince yourself about specific positive outcomes which are actually outside the sphere of your control. The lives of positive people are not without difficulty, rather people with positivity look at difficulty differently. Psychologist Sonja Lyubomirsky says “happy people are likely to acquire favorable life circumstances”. Some exciting data in this new field shows that happy people learn better, become more creative, and achieve goals more often than people who are “average” emotionally. Why? Researcher Barbara L. Fredrickson says that people who experience positive emotions are evolutionarily primed to pursue new goals, to relax and restore the energy needed to meet those goals, and to develop new relationships to help themselves achieve more. She suggests positive emotions served the opposite function that “flight or fight” emotions did in early human history. Positivity rewarded individuals by giving them the energy to reach new heights.

The key here is not that success makes people happy, rather happy people try harder to be successful and do so in a healthier way. In her massive review of nearly 300 studies, Lyubomirsky says people who are high in positive emotions “are more likely to secure job interviews, to be evaluated more positively by supervisors once they obtain a job, to show superior performance and productivity, and to handle managerial jobs better. They are also less likely to show counter-productive workplace behavior and job burnout.” She goes on to say that happy people sell more product, take fewer sick days, have higher job satisfaction, are less likely to be in conflict with other workers, have better relationships with friends, and even get sick less.

You may be asking if positivity really causes these things rather than coming about as a side effect of them. Studies show overwhelmingly that happy people are happy well before they enjoy the success that we expect to have made them that way. Happy people are more likely to be called back for job interviews. One study revealed that people who rated high in self-reported happiness in 1995 had higher income and less unemployment in 2000 regardless of demographic. Nuns who rated themselves as happy in 1917 were almost 60% more likely to be alive in 2007 than their neutral peers. There’s simply no way that happy people are happy because of successes that haven’t occurred yet.

These facts demonstrate the long term potential for positivity to improve economic and emotional outcomes for people, but what does the science say about positive thinking? We can learn to be positive, and change the chemistry of our brains, without ignoring our situation. In his book “The Happiness Advantage”, Harvard researcher Shawn Achor sums it up: “[This research] asks us to be realistic about the present while maximizing our potential for the future. It is about learning how to cultivate the mindset and behaviors that have been empirically proven to fuel greater success and fulfillment. It is a work ethic.” And this is where Barbara Ehrenreich’s path leads: to the realization that reality is what it is, that some things remain outside our control, but working on how we choose to see and react to the world can make a real difference.

Achor, S. (2011). The happiness advantage: The seven principles of positive psychology that fuel success and performance at work. Random House.