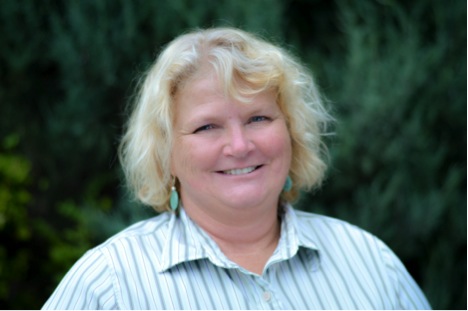 The response across the web to the court ruling on September 18, 2015 has been mixed. Some reporters have called it a “loss,” expecting the court to eventually declare Vemma a pyramid and shut them down for good. Many have seen it as a “win” for Vemma and for the industry, given the fact that no MLM in the last sixteen FTC court cases has been able to reopen their doors for business. However, there’s a strong argument to be made that this encounter with the FTC may be Vemma’s end regardless of what the court ultimately decides.

The court ruled that Vemma could reopen for business because a significant amount of the product is sold to end consumers who are not trying to pursue the business opportunity. Vemma’s product sales do seem to show that actual product consumption occurs. In order to take advantage of this “win”, Vemma had to make four main changes to their business model. This week Vemma sent out an email to their distributors outlining the new policies that Vemma will follow.

The first change is that income claims must accurately reflect earnings. Although it appears that Vemma has been working on how they will present income claims, under the new ruling, Vemma has announced that no income claims can be made by any distributor.

I am not sure how any MLM can survive if they do not talk about income possibilities. All companies sell some product or service. Companies need sales people and consumers. MLM companies are no different. MLM companies are in competition for effective sales leaders. It will be difficult to see how Vemma will be able to recruit sales leaders without talking about compensation.

The second change deals with qualifying volume (QV), and there are two parts to this change. First, Vemma can no longer require personal volume in order to qualify for rank or commissions (see http://www.scribd.com/doc/281860820/PI-Order-Vemma). If this precedent becomes a standard, many companies will need to look at their personal volume requirements.

This change should not be too difficult for distributors. The product appears to have a good customer base. The key will be if distributors can shift existing distributors (who have not enrolled any one) to be customers. Like most companies, most distributors who sign up for a company do so to get the discount rather than to start a business. The shift from recruiting everyone as a distributor (just in case they recruit someone) to enrolling customers is a major shift for the MLM industry as a whole.

The second part of the change on volume is that 51% of any distributor’s volume must come from customer volume in order to be paid full commissions. The email to distributors explains that if you have $100 QV and $51 of the volume comes from customers, then commission will be paid in full. If less than 51% is customer volume, then only a portion of the volume from downline distributors will to be paid on. The change should not be difficult to calculate from a computing standpoint. The same issues of how you start a conversation about the company is a culture shift that many in the industry may find difficult.

The third change is that some bonuses will be discontinued because they appear to reward recruiting. The 2 and Go and the Frenzy bonuses were identified by the FTC as problematic. Any bonus that appears to reward recruiting rather than the sale of products is a problem. That has been the policy since the Amway case in the 1970s. However, when a company had a legitimate product and commissions were paid on product rather than a distributor kit, then the bonuses were usually seen as legal. The problem appeared to be that the marketing focused too heavily on signing people up as distributors rather than the sale of product. The commissions clearly pay on the sale of product. The marketing may be the real problem.

The fourth issue comes from the purchasing of packs. Vemma will no longer be selling packs. Many companies use packs. The trick with a pack is that a company can be seen as encouraging frontloading which was labeled as a problem back in the Amway case. Frontloading or “garage qualifying” as some have called it, is when a distributor purchases product to qualify for a bonus and does not have customers to buy the product. The Amway case resulted in the 70% rule where 70% of product must be sold to end consumers before more product can be purchased. The problem is not a pack. Distributors need product to sell. However, if a company is saying to give away that product to qualify for the higher bonuses, then there is a problem.

Is this really a win?

Although Vemma has made the necessary changes as required by the court, the real problem is overcoming the history of having been labeled a pyramid. This is the part where “winning” really feels like “losing”. The obstacles are many, and they may not all be immediately obvious. Vemma is likely to have difficulties resuming corporate operations, facilitating the distributor force, and reconnecting with vendors.

Once the FTC shuts a company’s doors, publicly labels it a pyramid, and sends the workers home, it is difficult to reopen the doors. Employees may have moved on or may be reluctant to come back to work for a company that may not be in business in the long run.

Distributors may find it hard to sell product because the company has the dreaded label. We have not had a case where a company was allowed to stay in business after the initial TRO and asset freeze. Hopefully distributors and customers will stay with Vemma. It is worth mentioning that if you support Vemma and disagree with the pyramid scheme accusation, the best thing you can do to help them is to purchase product from them as soon as they begin to sell it again.

Another problem is that getting a credit card merchant account can be difficult once you have been shut down. Distributors who choose to leave are likely to return product; if it looks likely that the rate of returns will prevent Vemma from turning a profit in the near future, payment process0rs will see Vemma as a liability not an asset. Hopefully, Vemma will be able to quickly set up a system to take credit cards and payments, because the sooner they can start selling product again, the sooner they can become an asset again. It is hard to imagine a company surviving the modern marketplace without accepting credit cards.

Vemma has demonstrated that they have a real product, and a real customer base, which is enough to get them back in control of their assets and their business. This is a big deal—even groundbreaking—but it’s not enough to bring Vemma back to life. It’s good to see Vemma complying with the court order so quickly. Speed will be their friend in recovery, but will it be enough?

If after doing everything right, Vemma can’t come back, that loss will be a public and graphic demonstration of the ruinous relationship between the FTC the MLM industry: The FTC wins, you lose. The FTC loses, you still lose.

All Articles, FTC vs. Vemma, MLM Scams and Legal News