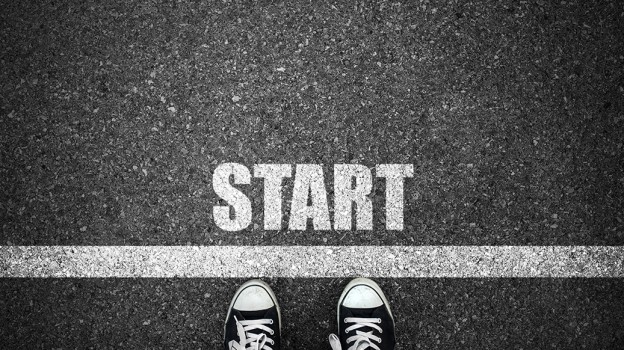 As you’re designing your compensation plan, you may want to consider implementing a fast start bonus. These are bonuses that are designed to round out your primary commissions—focusing earnings on distributors your basic plan doesn’t automatically reward well. They can be designed to reward salespeople for customer acquisition or to encourage new distributors to “hit the ground running.” Both versions of this bonus have their place. Salespeople and the customers they service are the lifeblood of your company. And for new distributors, getting off to a good start can mean the difference between success and failure.

Fast start bonuses are a staple of modern compensation plan design. It is hard to remember when we didn’t have them in our bag of tools. They first appeared in the mid-1990s when the industry was transitioning from predominantly breakaway commission plans to a mix of breakaway, binary, and unilevel compensation. The breakaway plan does a good job of rewarding salespeople on its own, but the binary and unilevel fell short of that goal. Whether your company is a binary, unilevel, or even a breakaway, you might want to implement some form of fast start to push commission dollars to a specific segment of your salesforce. Let’s talk about how fast starts work and the advantages and disadvantages of using them.

If you want your fast start to reward salespeople—regardless of how long they’ve been with the company—your timeframe might be the first three months of a new customer’s orders. You’ll pay the distributor more during those months to reward them for the greater level of effort involved in customer acquisition.

There are two other variations on when you can trigger your fast start regardless of who it’s paid to. It can begin at sign up, or at the time of a person’s first order after joining a company, or at the first purchase of a specific product.

Distributors are often required to meet specific benchmarks in order to receive fast start bonuses. In addition to the time element, a distributor might be required to attain a designated amount of group volume, bring in a certain number of customers, or get people to sign up for autoship.

After you decide whom to pay your fast start bonus to, there are several payout methods to choose from. For example, you might double a new distributor’s payout on your ordinary commissions during the qualifying period, or you might pay a different commission with a much higher percentage. You might also have a separate commission type. For example, you could pay distributors a flat 10% on sales in addition to other commissions.

Another thing to consider is whether you’ll pay the fast start bonus instead of other bonuses or in addition to other bonuses.

The fast start motivates both sales people (active business builders) and the social networker (company fans who refer friends without really building a business). The social networker is given a “thank you” for referring friends to the company without tying up commission dollars for the long term. Sales people are rewarded for continual recruitment of new customers which is the lifeblood of any business.

One disadvantage is the drop off in payment after the fast start ends. As soon as the fast start period ends, commissions on a distributors personally sponsored customers could drop by 90% or more. Unfortunately, this approach discourages the same sales people from following up with their customers to ensure they have had a good experience, and this can result in dissatisfied customers.

In the past, problems arose when early fast starts paid 25–40% in fast start and then dropped to as little as 1% for their residual bonus. Let’s analyze an example using a three month fast start that transitioned to a 1% unilevel after the three-month period.

If Person A sponsored three people each month for three months with a 25% payout, he or she would earn $75 the first month, $150 the second, and $225 for the third. The fourth month would bring in $153, the fifth $81, with only $9 for the sixth month. With the drop from $225 to $9, it’s clear that as soon as a distributor stopped sponsoring, their big check became quite small by comparison.

How did the industry resolve these problems? Lowering the initial fast start payments and raising the ongoing payments helped, but what has really made a difference is the way the industry has evolved. As ecommerce came onto the scene in the early part of the 21st century, distributor roles changed. Prior to that point, distributors would personally distribute product to their customers. When customers started to order directly from the company using the company’s ecommerce site, the distributor’s job got easier. This meant that a distributor could accept a lower payment as long as it was reasonable. Companies also got more creative in paying additional bonuses to distributors who bring in a lot of customers. This creativity helps distributors make the transition from fast start to unilevel while avoiding a sharp drop in bonus payment.

With this evolution, in general, companies did what they should always do with commissions: they quit viewing a fast start system as a magic solution and started viewing it as a tool in a toolbox. When used poorly, a fast start bonus is potentially ineffective and/or useless. On the other hand, when fast start programs are utilized properly—and in conjunction with other tools—they can solve problems and serve as the impetus to bigger and better results.

Unfortunately, the needs of compensation plans have changed and fast starts aren’t enough anymore. Fast starts got their start back in the mid-90s when compensation was focused on getting people rich. Fast starts were a way to tide people over until they built their downline. Now we realize that some people aren’t in it to get rich—they’re in it to make a few hundred dollars a month.

Some people are salespeople with no plans to become leaders. The work they do is vital. You need a commission that really pays your salespeople. If somebody is a salesperson who’s going out and finding customers and keeping them, you need to give them more money. You can’t just give them money for two or three months and then say okay we’re done. If there’s one thing that’s changed the most in the last 10 years, it is the need to pay salespeople ongoing commissions for their customers rather than just paying them a two- or three-month fast start.

Fast starts are here to stay, but again, they’re tools not magic solutions. Use a fast start. Push compensation dollars to the people on your front line. But put energy into finding more ways to pay the salesperson and pay close attention to your test commission runs to make sure that the rewards for salespeople justify their effort.